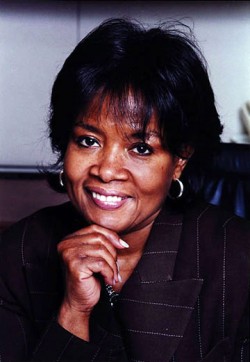 Dean Emerita Allen-Meares' research interests include the tasks and functions of social workers employed in educational settings; psychopathology in children, adolescents, and families; adolescent sexuality; premature parenthood; and various aspects of social work practice. She is principal investigator of the School's Global Program on Youth, an initiative supported by the W. K. Kellogg Foundation; principal investigator of the Skillman Good Neighborhoods Grant and the NIMH Social Work Research Center on Poverty, Risk, and Mental Health; and a co-investigator on an NIMH research grant.

Dean Emerita Allen-Meares serves on numerous editorial boards and has served as editor-in-chief of many important journals. Additionally, she has served on numerous national professional and scientific committees promoting the intellectual and empirical advancement of the profession. She is a past member of the Institute for Advancement of Social Work Research, treasurer of the Council on Social Work Education, chair of the Publication Committee for the National Association of Social Workers, and vice president for the National Association of Deans and Directors of Social Work. Allen-Meares served as a member of the Board of Trustees of the William T. Grant Foundation, and has served as president of the Society for Social Work and Research and as a University of Michigan Senior Fellow.

View all publications by Paula Allen-Meares »