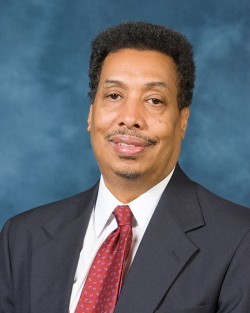 Robert Joseph Taylor is the Harold R. Johnson Endowed Professor of Social Work and the Sheila Feld Collegiate Professor of Social Work. He is also the Director of the Program for Research on Black Americans at the Institute for Social Research. Professor Taylor has published extensively on the informal social support networks (i.e., family, friends, and church members) of adult and elderly Black Americans. An article by Thyer in Journal of Social Service Research finds that Robert Joseph Taylor is the #15 most influential social work faculty (out of 2204 faculty) based on H-index. An article by Kimberly Y. Huggins-Hoyt in the journal, Research on Social Work Practice, found that he was the #1 cited African American faculty member in the field of Social Work. Robert Joseph Taylor has been principal investigator of several grants from the National Institute on Aging that examine the role of religion in the lives of Black and White elderly adults. He has been co-principal investigator with James Jackson on several grants from the National Institute of Mental Health on the correlates of mental health and mental illness among Black Americans, including the only major national study of the prevalence of mental illness among Black Americans (The National Survey of American Life). He has edited two books, Family Life in Black America (1997) and Aging in Black America (1993) with James S. Jackson and Linda M. Chatters. He is also the lead author of the book, Religion in the Lives of African Americans: Social, Psychological, and Health Perspectives (2004) with Linda Chatters and Jeff Levin. He is the founding editor of African American Research Perspectives and has reviewed manuscripts for over 60 different journals. To date he has published over 175 peer review journal articles.