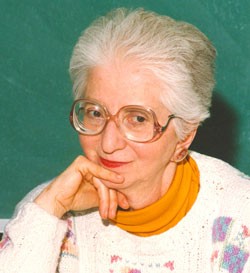 Her teaching areas included applications of social psychological theory/research to the delivery of social services, mental health, marital and parental roles across the life course, and research on applied issues of aging. Her early research focused on social psychology theory, with her co-authorship of Americans View Their Mental Health (1960), Marriage and Work in America (1970), and Social Psychology for Social Work and the Mental Health Professions (1982).

Professor Feld's research has been guided by a concern for the consequences of role changes and strains on the mental health of individuals from childhood through adulthood and later life, and the application of social psychological theory and research to improving social services. Her current research interests focus on role transitions among the elderly, including how people cope with mid- and late-life divorce, widowhood, and becoming a spousal caregiver, the transition to frailty in old age, the effects of these role transitions on psychological and physical health, how social support is related to these transitions, and variations and similarity in support for the elderly among various racial and ethnic groups. In conjunction with Professor John Tropman, and subsequently Professor Ruth Dunkle, she co-directed the pre- and post-doctoral training program in social research on applied issues of aging located at the School of Social Work and funded by the National Institute on Aging from 1985 to her retirement.

She was recognized for her work with the Senate Advisory Committee on University Affairs by receiving the university's Distinguished Faculty Governance Award. She is a Fellow in the American Psychological Association and the Society for the Study of Social Issues.

The regents named her professor emerita of social work in 2000, and the faculty honored her by establishing the Sheila Feld Collegiate Professorship of Social Work, to which Robert Joseph Taylor was appointed. Professor Feld currently participates in research on aging projects at the school.

Role transitions among the elderly, late-life divorce and widowhood, social support for the elderly, variations in support groups among racial/ethnic groups.