Information on this page is for Fall 2020-2021 applicants. If you were admitted prior to Fall 2020 please click here to view information accurate to your curriculum.

The Policy & Political Social Work pathway prepares students with social work practice, theory, and skills to identify and develop socially just policies and engage politically to create social change. Students in this pathway will learn the theories and principles behind socially just policies, will develop methods and skills to analyze policy, will learn to understand how politics impact the lives of those that they serve on both a micro and macro level, will develop practice skills for advocating to policymakers, will gain tools to empower clients to become politically engaged, and will explore opportunities for running for public office.

Examples of career (job) titles and positions relevant to this pathway include but are not limited to:

Types of agencies and settings where students in this pathway may engage in field learning:

Please see course planning worksheets for a full list of courses associated with this pathway. 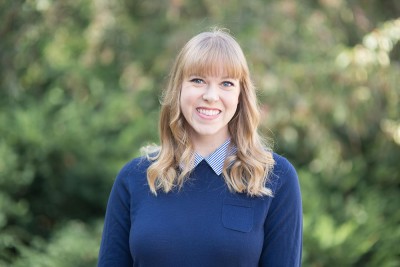 Emily Hopkins is a second-year master’s Social Policy and Political Social Work student with a focus on Children and Youth in Families. Originally from Albuquerque, NM, Emily received her Bachelor’s degree in Child Development from Texas Christian University in 2018. Emily chose to attend Michigan’s School of Social Work because she thought it would be challenging and help her grow both personally and professionally. She is passionate about serving others and giving voice to vulnerable populations, specifically children within the child welfare system. When not studying, Emily can usually be found putting the ‘social’ in social work, baking desserts for friends, or boxing. At Michigan, Emily discovered her passion for policy and political social work. Throughout her time in the program, Emily has had multiple opportunities to further develop her passions and career interests such as: attending Student Advocacy Day on the Hill in Washington D.C. and lobbying to Michigan Representatives; conducting research for a State Representative to support a proposed bill; working on a local political campaign as a Campaign Researcher and Communications Coordinator. After graduation, Emily hopes to work as a Legislative Aide for a few years before going to Law School. In the future, Emily hopes to become a Judge or a Prosecutor.

Sarah Leder is a Presidential Management Fellow Finalist (PMF) and is currently applying to various federal agencies.  She earned her Master of Social Work from the University of Michigan in December 2019. During her time in the MSW program, Sarah focused on policy and politics, earning a Certificate in Political Social Work. She interned with two different organizations. First, she worked with the Michigan State Appellate Defender Office’s Juvenile Lifer Unit. There, Sarah created Comprehensive Reentry Plans for clients who were receiving a new sentence. Additionally, she conducted mitigation and casework for individual clients. Her second field placement was with The Justice Policy Institute (JPI) in Washington, D.C. Working as a Research and Policy Graduate Intern, Sarah contributed to reports (e.g. An Analysis of Youth in the Adult System Charged with Violent Crimes) and attended community-based meetings with Baltimore-area organizations and in Maryland prisons. Sarah believes her time working in the federal government will further her ability to advocate with and for incarcerated individuals and promote criminal justice reform in the US.