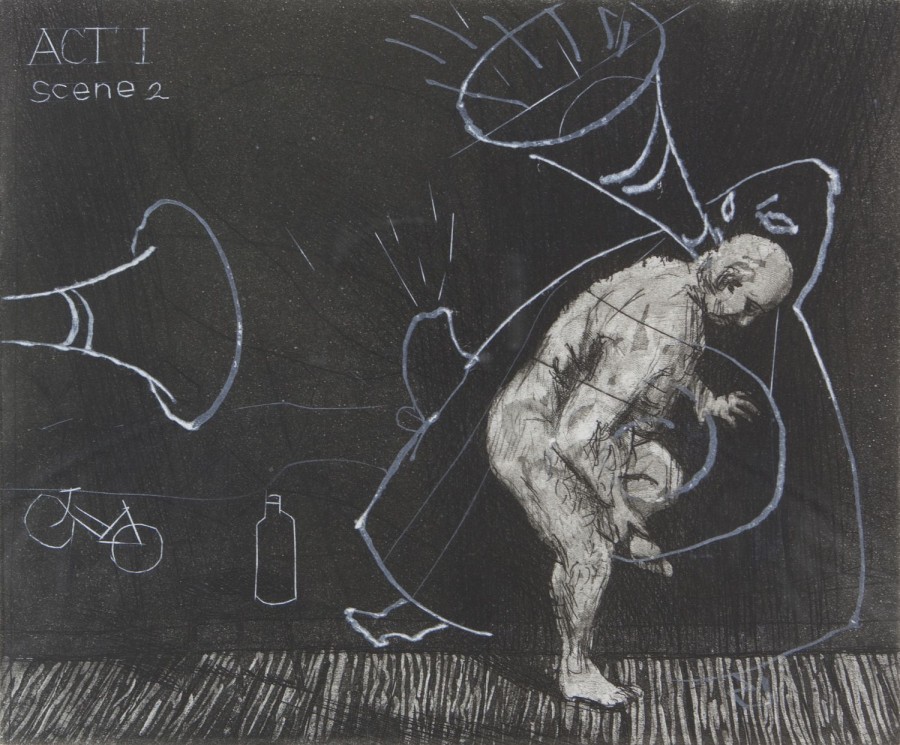 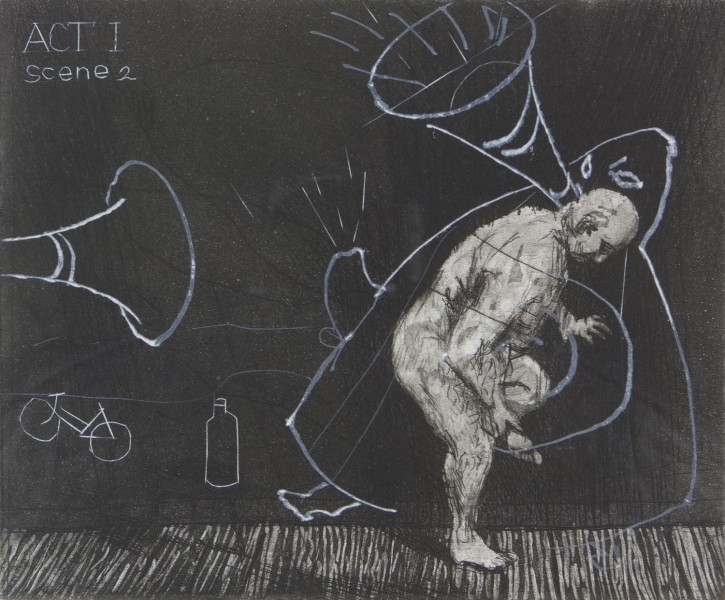 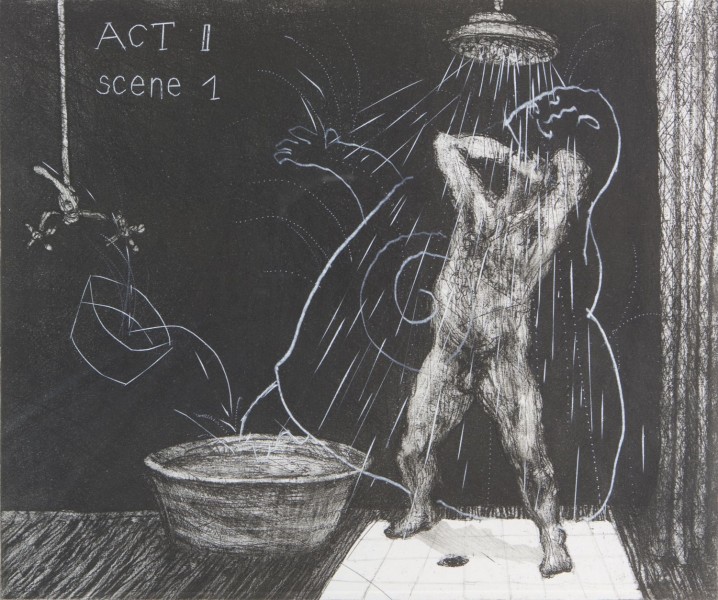 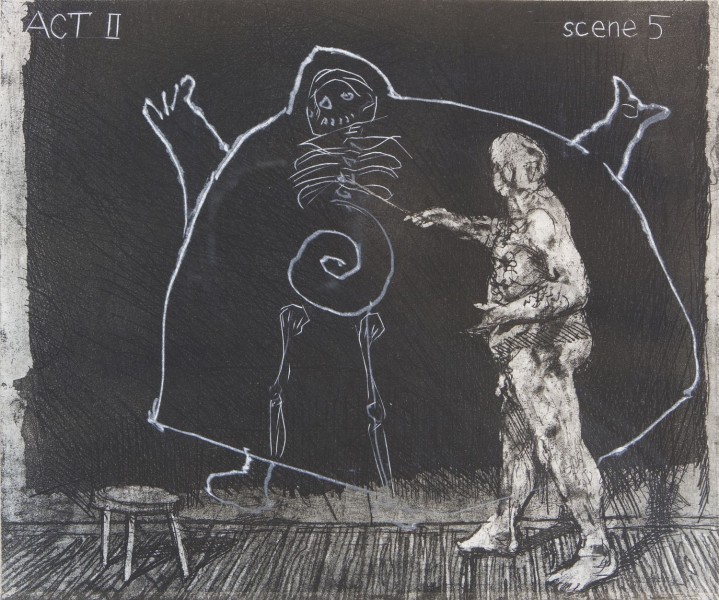 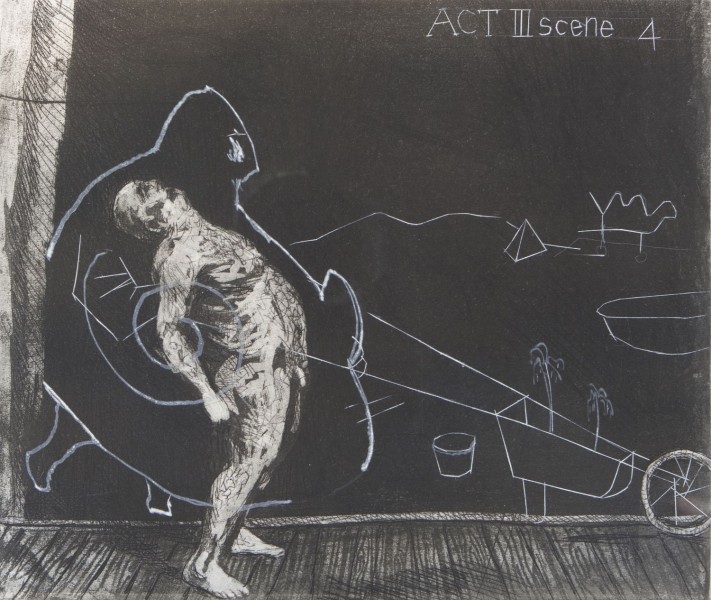 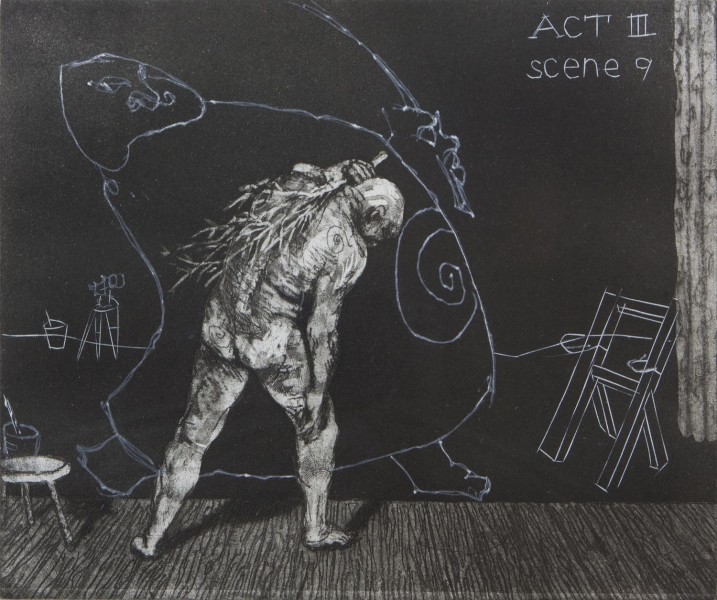 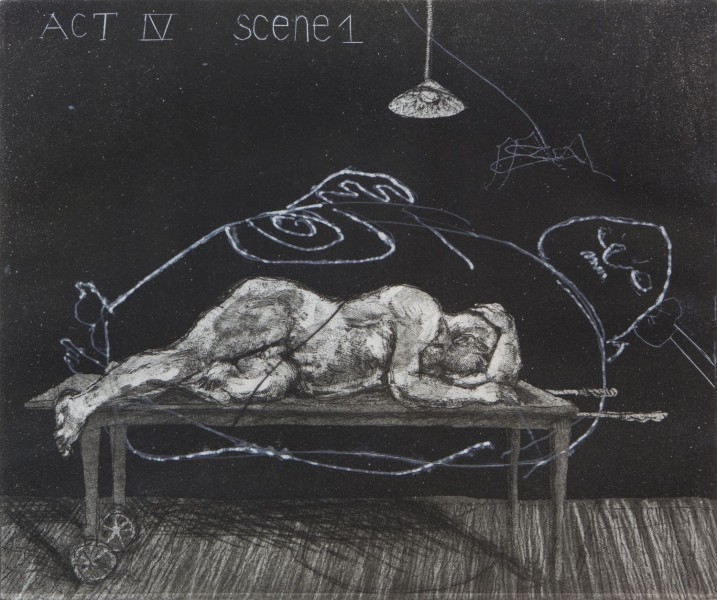 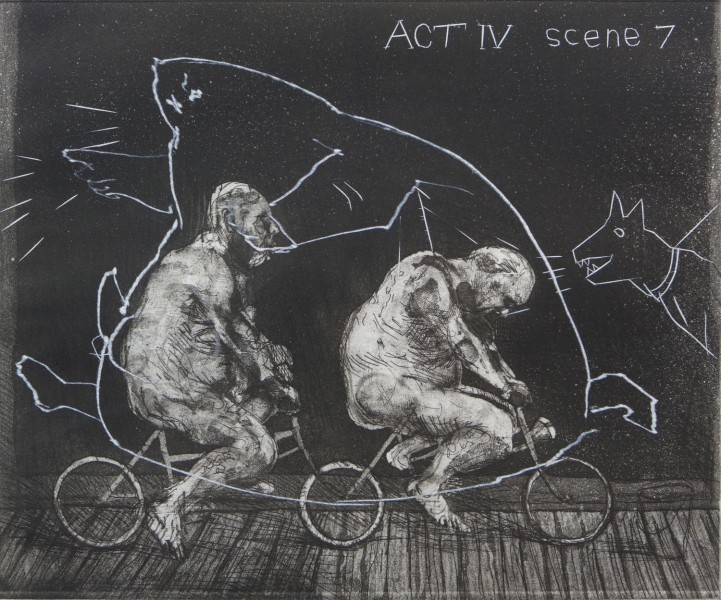 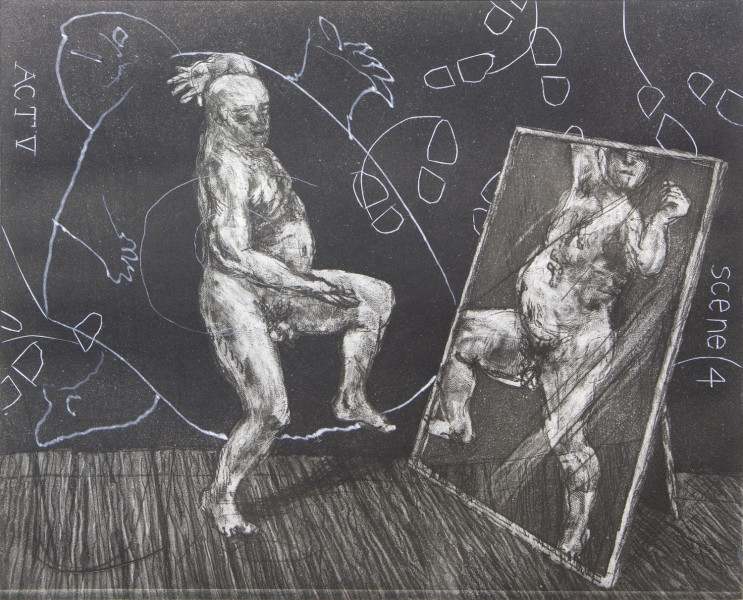 1996–97
A series of eight prints combining etching, aquatint, and drypoint Published by The Caversham Press, Balgowan, KwaZulu-Natal
Act I, Scene 2
98.26.1–8

William Kentridge was a young white man in South Africa during the growth and intensification of Apartheid, an institutionalised system of racial segregation, discrimination, and ultimately horrific violence. The population was legally divided into four racial groups, mixed marriages were prohibited, places of residence were determined by racial classification, employment for non-whites was restricted and poorly compensated. Apartheid legislation was abolished in 1991 and multiracial elections were held in 1994 after which the new National Assembly elected Nelson Mandela president. In 1996 the Truth and Reconciliation hearings began. This is the context in which the eight prints in this series were created and the history they address.

Several unique features of Kentridge’s practice are found in this series. Notably Kentridge creates and develops characters over decades of work, these character emerge from and represent the political climate of South Africa, and the content demonstrates the multiple, ambiguous and sometimes contradictory aspects of human nature and our history. Here we see two characters important to Kentridge. Felix Titlebaum, a kinder alter-ego to the more corrupt figures in his pantheon and perhaps a projection of Kentridge, himself, is shown nude and subsumed by the outline of Ubu Roi (right), a figure from a late-nineteenth century absurdist play by Alfred Jarry. In the 1970s, Kentridge saw a production of Jarry’s play. In 1997 he directed Jane Taylor’s Ubu and the Truth Commission and made a short film based on the character Ubu a greedy, sadistic, gluttonous, murderous apartheid police officer. The play, the film, and these etchings, mirror both the chaos of Jarry’s play and incorporate testimony from the Truth and Reconciliation Commission. In these prints, Ubu is a giant, ghostly parasite enveloping Felix as the atrocities of Apartheid enveloped the culture of South Africa. Good and bad, generosity and barbarity, justice and chaos coexist. Like the Romantic artist Francisco Goya who felt and conveyed the anarchic and unspeakable depths of the Napoleonic wars in a manner that still speaks to us, Kentridge captures those elements from late 20th century culture.