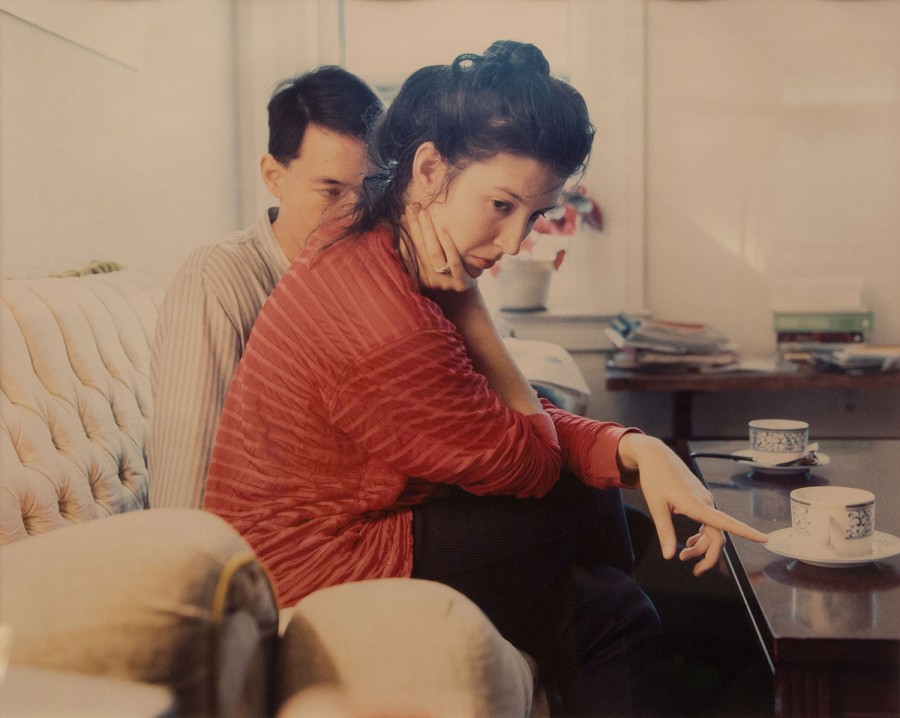 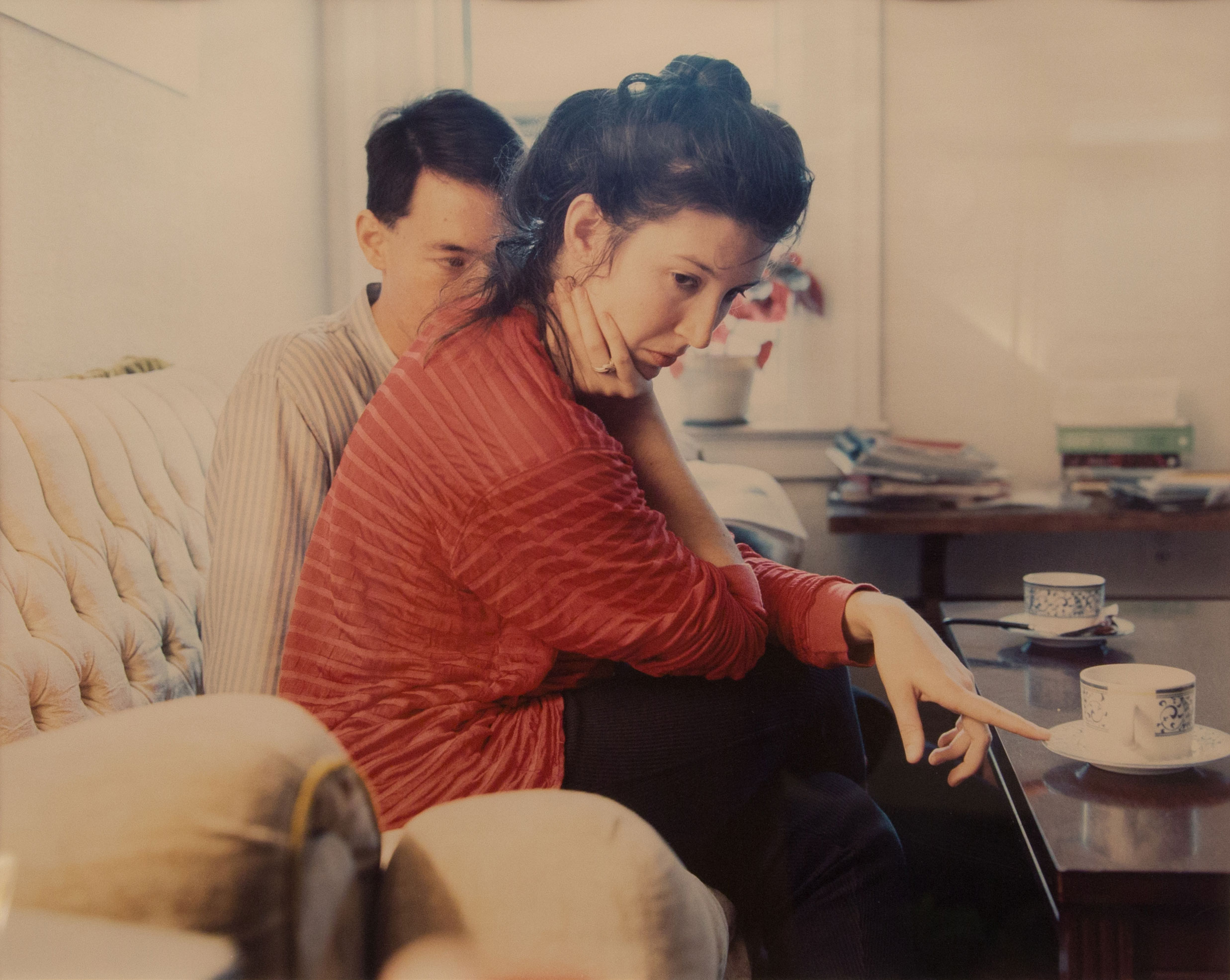 Early in her career as a photographer, Laura Letinsky captured people in the public sphere. In the early 1990s she moved to interiors, the place of intimacy. For six years she photographed couples, predominantly white and heterosexual, in their private moments and created a series called Venus Inferred. Initially she considered making pictures of love but she realized other things were happening. Working with established couples, first friends and then found by advertisement, she was witnessing their relationships not at the exciting beginning or the dramatic ending but at the in-between moments on a continuum of romantic life. This work captures the period in which the lovers realize that the romantic promises described in, and expected of, of pop culture messages are not going to happen. Letinsky captures individuals who sought a unique and exceptional relationship but we, as viewers, recognize the perfectly normal and predictable body language, spaces and outcomes.

Adrienne and Stéphane, from the series Venus Inferred, are shown in a private moment. They are in an intimate setting embraced by their couch on the left and coffee table on the right, surrounded by their personal accessories such as the coffee cups in front of them. Adrienne gazes into space with a bored(?), preoccupied(?) expression as Stéphane gazes at her neck with longing(?). Adrienne is foregrounded and it is her state of mind that is thrust upon us. What we see is not passion and excitement but ambivalence, vulnerability, uncertainty. Letinsky has captured a moment on the continuum of a relationship that reflects not the pop song, RomCom, Hallmark, TrueLove moment, but the perplexing nature of real personal interaction.