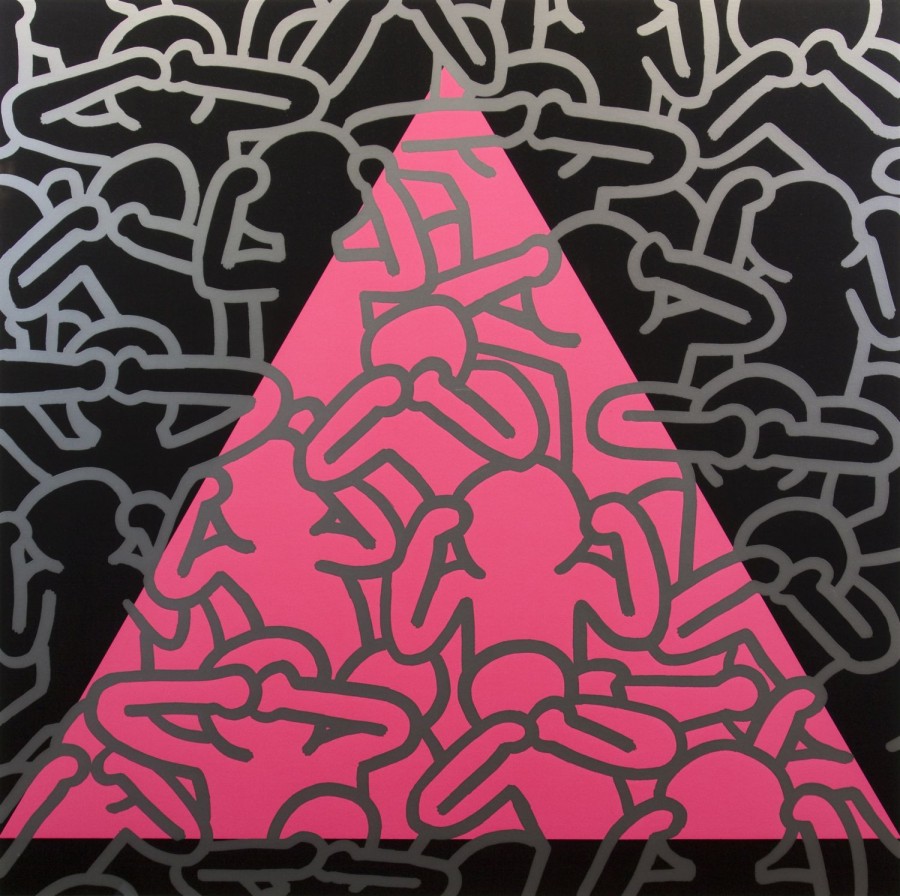 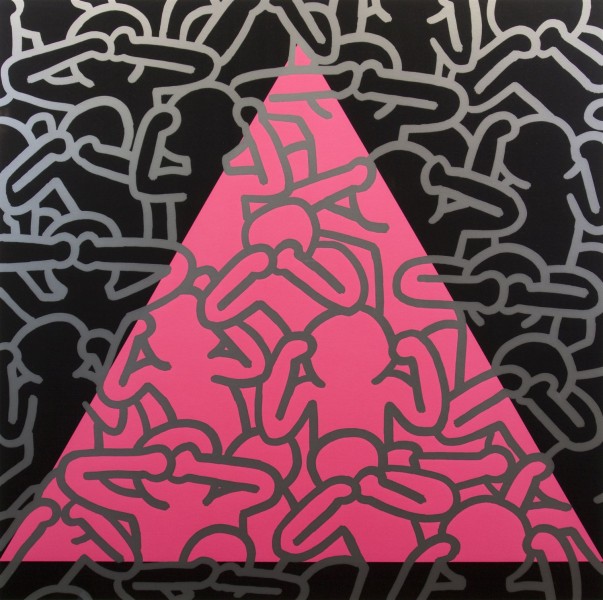 Keith Haring, born in 1958, was raised in Kutztown, Pennsylvania, experiencing the media--computers, TV, movies, graffitti--and crises--drugs, disease, environmental disaster, overpopulation--of his generation. As a young man, he moved to New York to pursue an art education along with an influx of graffiti artists including his friends Kenny Scharf and Jean-Michel Basquiat. Haring discovered unused advertising panels in subways and these handy surfaces, covered with matte black paper, became a laboratory for his rapidly executed, linear figures of adults, glowing babies, barking dogs. In addition to the opportunity to develop his craft, this public space allowed him to be performative and interact with his growing audience.

Haring moved to NY in 1978. The HIV/AIDS epidemic started in the mid- to late- 1970s although it was not understood and little publicized. Between that time and 1990, the virus was identified, a screening blood test developed, the first antiretroviral drug produced. But also, an estimated million people were infected. The initial mystery of the disease and the rapidity of its dissemination were a deadly impetus for the gay community to come together in solidarity and resistance. The pink triangle, formerly inverted and used to identify homosexual prisoners in Nazi concentration camps, was transformed into a symbol for the movement and associated with the slogan Silence = Death, advertising the consequences of inaction. In this work Harring employs startling color combinations. pink on black, and a complex surface pattern of silver figures. The figure’s pose in a traditional “see no evil, hear no evil, speak no evil” way as if they could, or wish to, avoid the crisis at hand.

Haring was diagnosed with AIDS in 1988 and died in 1989. He created a foundation to preserve and make available his art, as well as to maintain support for his key concerns, providing funding and imagery to AIDS organizations and children’s programs.