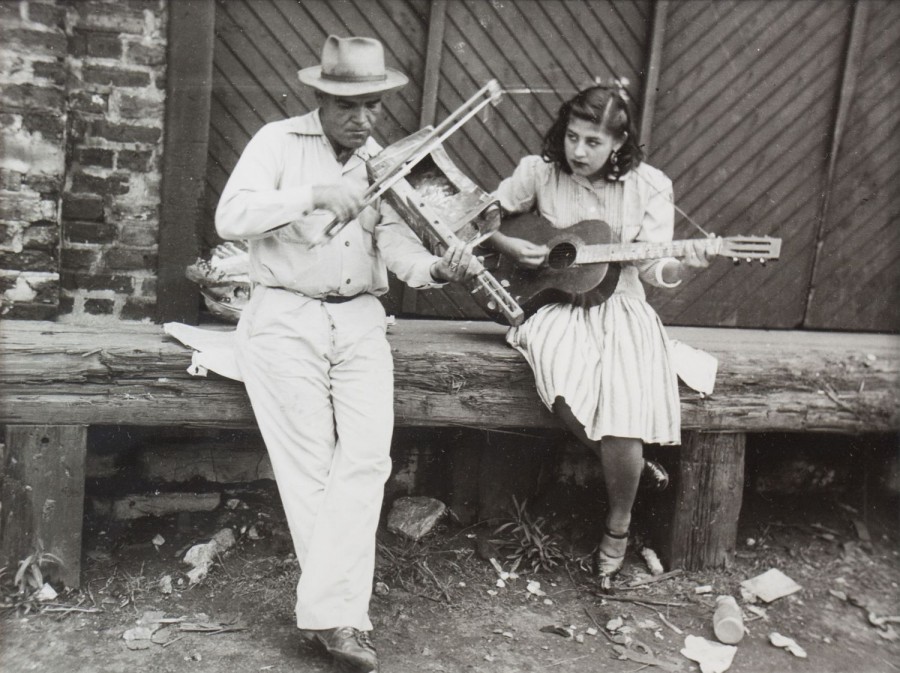 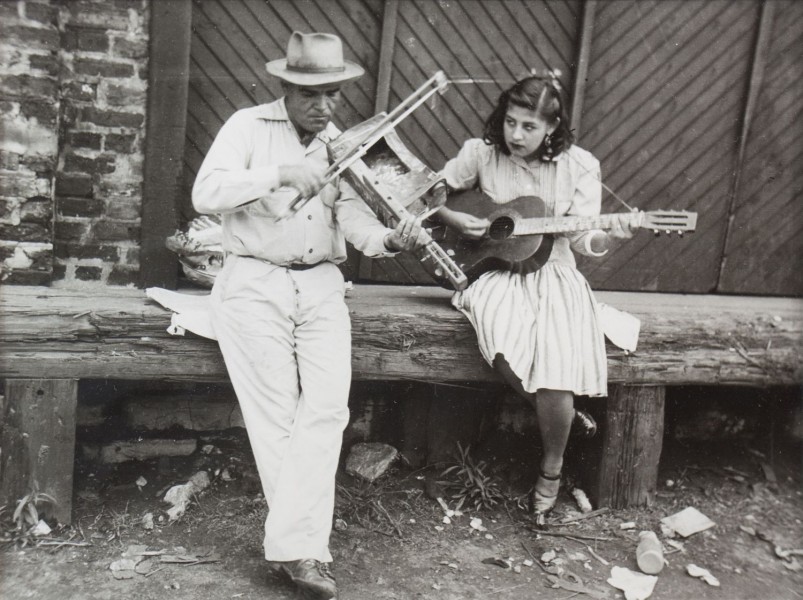 A son of Ukrainian-born parents, Nathan Lerner grew up in immigrant Chicago and, as a young man, photographed the Maxwell Street neighborhood on the Near West Side, the “Ellis Island of the Midwest.” Originally home to Irish railroad workers it later drew Greek, Bohemian, Russian, German, Italian, African American and Mexican settlers. Hull House was built here by Jane Addams to help immigrants transition to their new lives. In 1936, in the period he was documenting life in the Maxwell Street neighborhood, Lerner also traveled around the United States photographing the effects of the Great Depression. He has said that showing society what it looks like is an obligation of photographers and it was one of the drivers of his own work.

Within the Maxwell Street neighborhood, the eponymously named market is famous for deals on every variety of merchandise as well as the free music performed on the street. This photograph shows two Gypsy street musicians, a man playing a “cigar-box” violin and a young woman with a parlor-sized guitar. The wooden bench on which they perch, along with the brick and paneled walls behind them, creates a rich textured backdrop to their performance. As with other ensemble musicians, they lean in toward each other to watch and listen intently, to keep in time and harmonize. Stories about this area of Chicago abound, many focusing on stereotypical activities of each immigrant group such as in Muddy Waters’ song, Gypsy Woman, about a fortune teller. Lerner chose a less expected, more intimate portrayal of gypsy residents, highlighting their connection with each other and the music they produce.