University of Michigan Museum of Art, Forum and Lower Auditorium 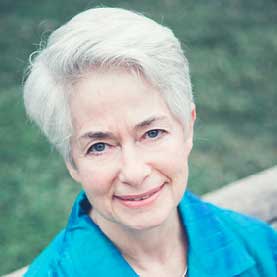 Booth is a leading strategist on progressive issue campaigns and elections. An activist organizer since the 1960’s civil rights, anti-Vietnam war and women's movements, she founded JANE, an underground abortion network, before Roe v. Wade. Almost fifty years later, Booth coordinated the national coalition for marriage equality which led to the 2015 Supreme Court decision. She served as strategic advisor to the Alliance for Citizenship, which is the largest coalition of the immigration reform campaign, and founded Midwest Academy, which trains social change leaders and organizers, where she is now president. She has been involved in and managed political campaigns and was the training director of the Democratic National Committee. She coordinated AMOS, a project to re-instill social justice in the heart of the Jewish community.