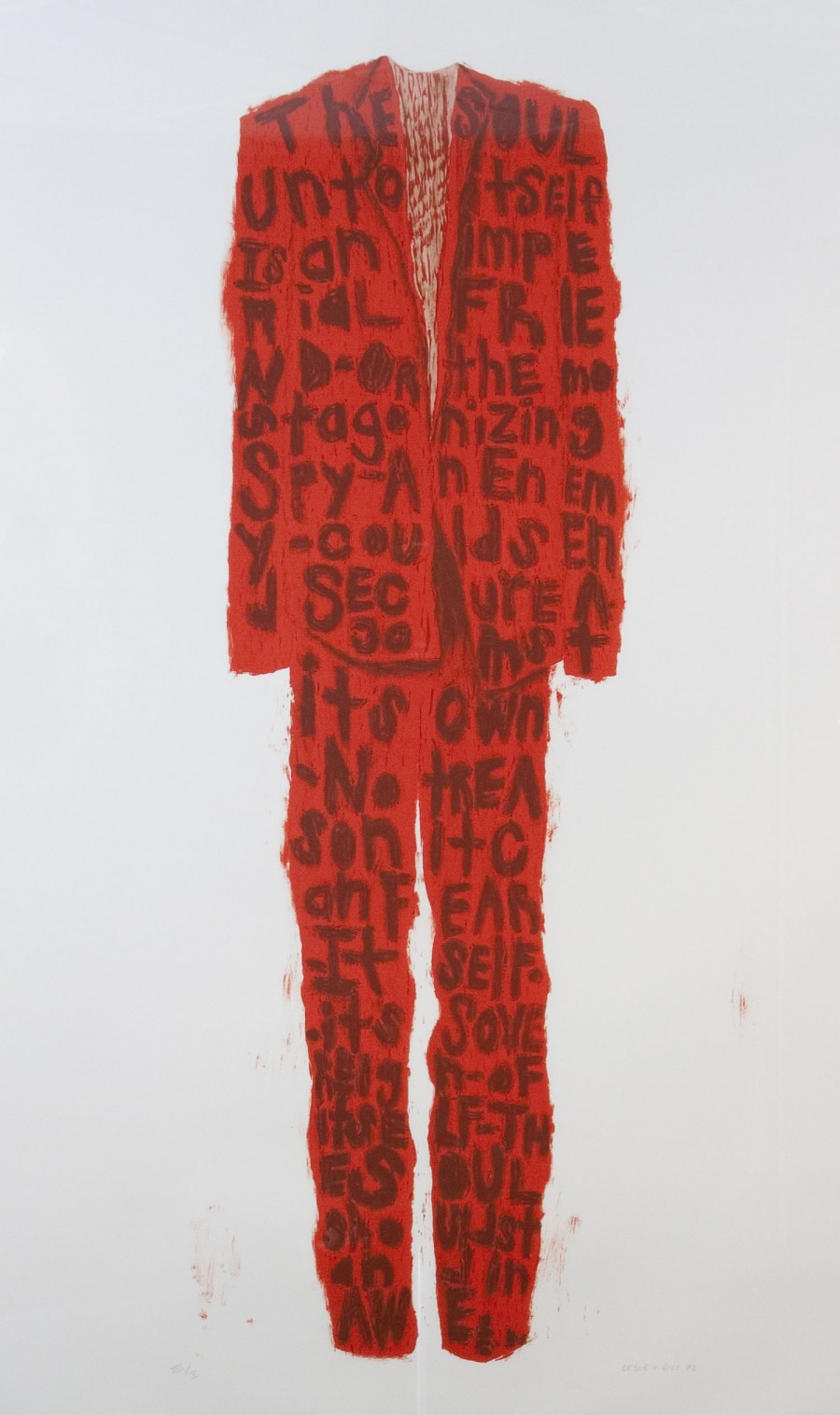 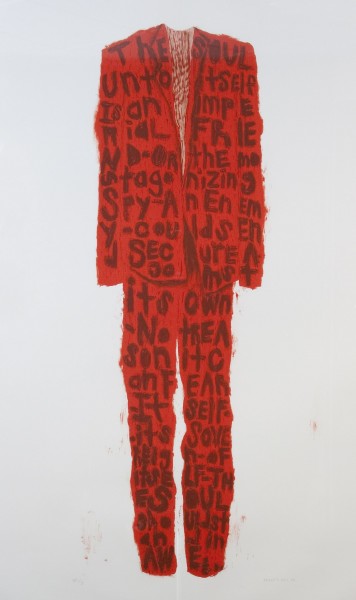 Often described as a visionary artist, Lesley Dill does fit that title but not in the contemporary sense which generally references self-taught artists. Dill is the well-educated daughter of teachers and has a BA, MA and MFA. Her art does, however, address the intersection of body, language, and the spiritual or visionary world. She often references literature, especially the poetry of Emily Dickinson whom she has treasured since she was a child. When her mother gave her a book of Dickinson’s poetry she describes the way phrases would jump into her eyes and fly down her throat to the place for art making, somewhere inside her. In her art, Dill attempts to make physical and tangible the visions she imagined while reading Dickinson.

Dill posits that our sense of self is dependent on language and communication and her art explores the power of words to reveal and conceal the psyche. Her art expresses a full human range of emotions and feelings. Beyond positive and negative, it covers darkness and light, joy, ecstasy, hope, fear, vulnerability, exhilaration, fierceness, gentleness, hate. In much of her work, Dill expresses this range of feelings by writing on objects of clothing of surprisingly different colors, fabrics and textures, some two dimensional, as the print we see here, and some three dimensional sculptural pieces. Objects of clothing stand-in for the human form and these text-covered works project the poignancy of being human as well as the innovation in Dill’s art form. In this print, the red suit is imprinted with a poem by Dickinson, The Soul unto itself (683).