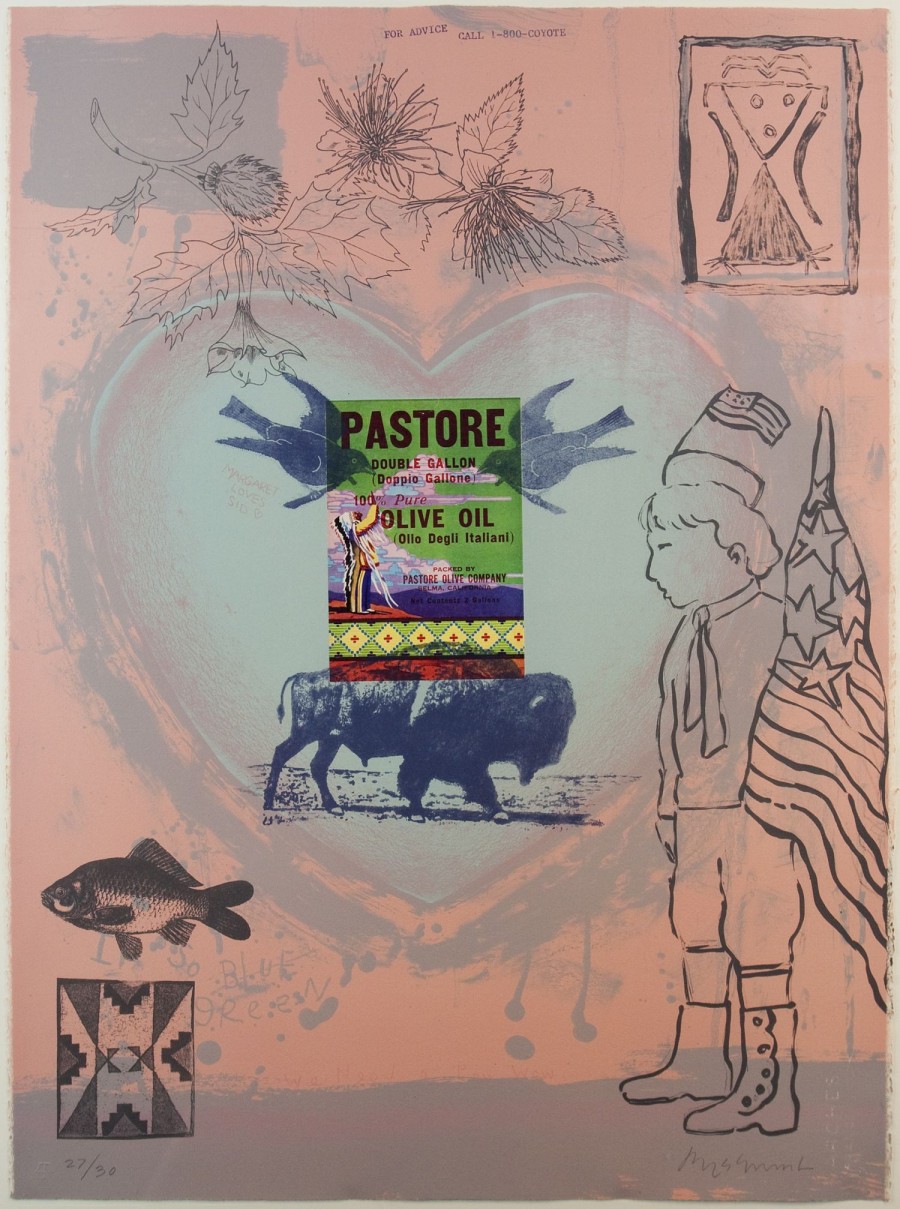 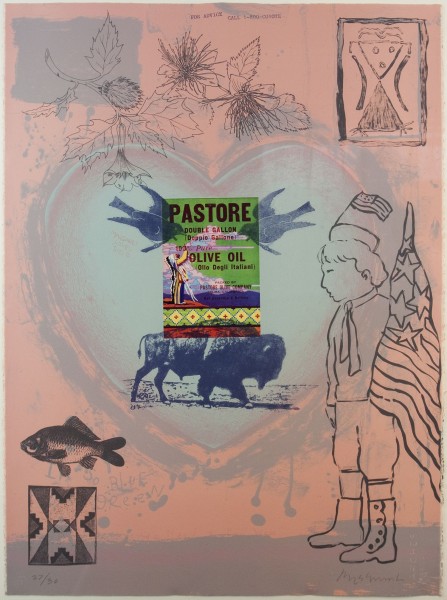 Jaune Quick-to-See Smith, who was born on the Flathead Reservation on the Confederated Salish and Kootenai Indian Reservation, Montana, has been called a cultural worker. Curator, mediator, bridge builder, activist, Smith uses art to address issues of tribal politics, human rights, and the environment. She incorporates images from many historical periods and many genres including pre-historic petroglyphs, coloring books, advertising, wallpaper, and contemporary Native American artifacts.

Smith’s middle name "Quick-to-See," given by her Shoshone grandmother, indicates her ability to grasp things readily. Her juxtapositions of disparate images, as seen in Indian Heart, demonstrate her insight into the reality of Native Americans today. A soft blue heart frames the centerpiece of this print--a label from a can of Pastore olive oil sitting atop a bison. The American Bison, once the basis of the economy of plains Indians, was central to cultural, spiritual and ecological arenas of Native American life. This sacred figure supports an olive oil label that includes a romanticized image of an American Indian in full regalia gesturing toward the clouds.This picture, historically used to sell olive oil, is currently sold as a collectible on the internet in the “Cowboys-and-Indians” category on one seller’s page. In the upper right corner of Indian Heart is an image that could be a petroglyph while on the bottom right is a young boy, perhaps from a coloring book, with a small American flag in his hat and a larger one in his hand. On the top edge of the print, contributing a sardonic thread to tie these elements together, is the phrase in small typeface “For advice, dial 1-800-Coyote.” Coyote, a trickster figure in indigenous lore, employs humor against social convention and is irreverent in his actions and morals. Smith has said humor “gets us through the hard times.”