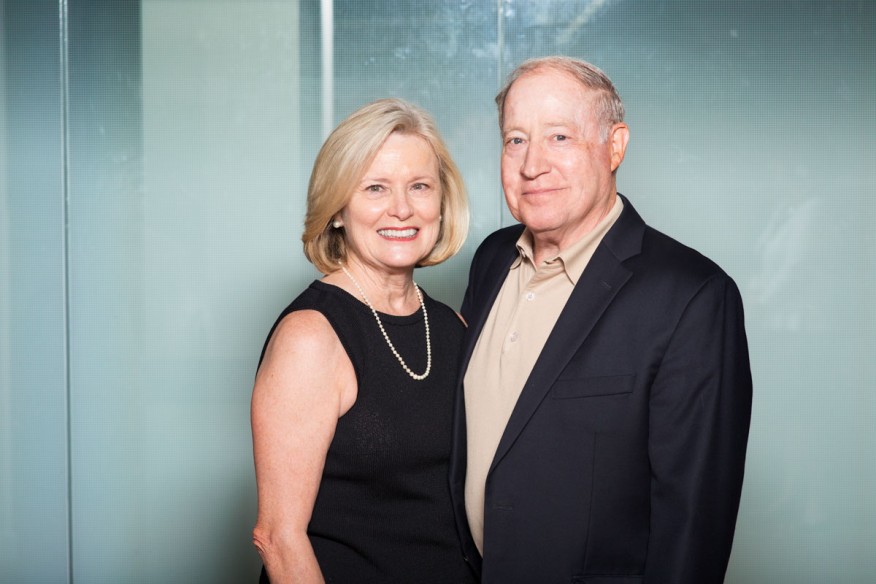 The Yablonkys are honoring their U-M roots by establishing the John and Mary Jean Yablonsky Endowed Scholarship Fund at the School of Social Work for students pursuing careers in child welfare. These students will be heirs to the Yablonkys’ legacy of devotion to youth, social justice and the university’s ideals.

John Yablonky came to Ann Arbor in 1959, the son of U-M journalism professor Ben L. Yablonky. “Growing up in Ann Arbor,” John says, “I had a great affection for the University of Michigan. I never wanted to go to any other school.”

After graduating in 1969, John discussed his future with his father’s friend Roger Lind, a lecturer at the School of Social Work. John had an interest in children and youth. With Lind’s encouragement, he earned a master of social work in administration and policy. He then took a job at Family Group Homes for Youth in Ann Arbor. In 1976 he moved to Detroit’s Methodist Children’s Home Society, where he was responsible for their 70-bed residential treatment program. In 1995 he became executive director at Detroit’s Christ Child House, where he helped to launch an adoption program, until his retirement in 2018. He also served on the School of Social Work’s Community Advisory Board.

Mary Jean Yablonky was a baccalaureate graduate of the U-M School of Nursing and received a Certificate in Anesthesia from the Medical School Department of Anesthesia.  Her career began at C.S. Mott Children’s Hospital. She became a pediatric nurse anesthetist and the associate director of the Nurse Anesthesia Program in the Department of Anesthesiology until it closed in 1983.  After working at other healthcare facilities in southeastern Michigan, she returned to Mott in 2005, as its first chief nurse anesthetist in the Department of Anesthesiology Pediatric Section, until her retirement. Mary Jean says, “It’s a natural overlap for the two of us to support social work students specifically interested in child welfare.”

John has had a lifelong relationship with U-M social work students. His own field placement at the Washtenaw County Juvenile Court inspired him to become a field instructor, starting at Family Group Homes. “I was impressed with the MSW students I supervised,” he recalls. “They were the best and brightest.” John hired some of those students, and “the best and brightest” inspired the Yablonky Endowed Scholarship. “Qualified students who have a passion for the work shouldn’t be denied opportunities because of financial need,” John declares.

Says Mary Jean, “ I was the first in my family to go to college, thanks to scholarships from the U-M Alumni Association, and so I always hoped I would be in a position to give back. The university and the School of Social Work both open a lot of doors for young people.”