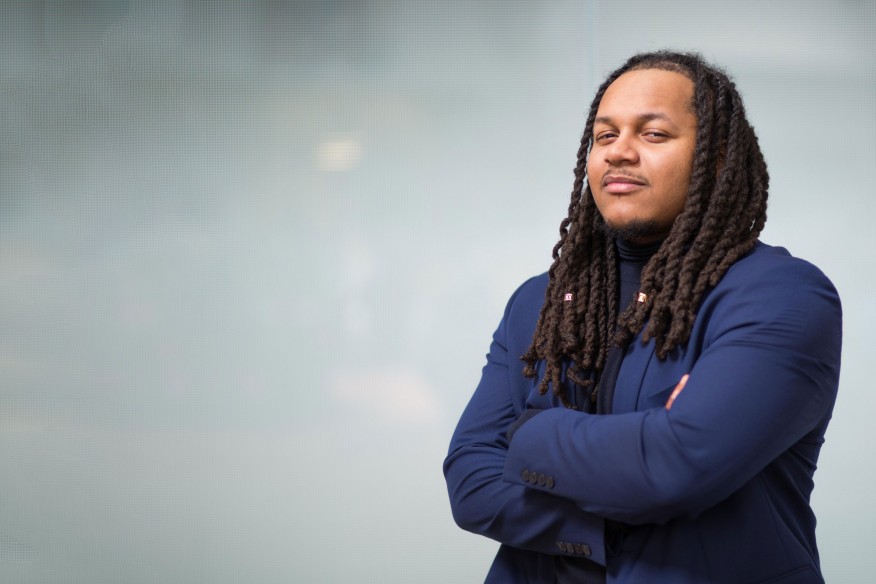 I Want to Change Our Education System

“I am having a lot of fun doing two master’s degrees,” says MSW and MEd candidate Carl Greer. “Education and social work complement each other. Education looks at raw problems in schools, such as lack of access to programming. Social work articulates the details behind the macro problems. Think of an underachieving student. Social workers look at many factors, such as lack of sleep, food insecurity or an inability to connect with a teacher. Between education and social work you get a holistic view of the student in their environment.”

Carl fittingly has a field placement at the James and Grace Lee Boggs School, a charter school in southwest Detroit. “The Boggs School is a perfect example of what I want to do,” he says. “I want to conduct research with the communities in which schools are embedded, to see how they can enhance student education. Boggs is doing that right now. Community members come in and talk to kids about careers. Kids can ask questions — What does it take to be a doctor? How do you learn a trade? — instead of hearing, ‘You graduate, get a job, make money.’ Kids have huge questions. People from the community should be there to give them answers.”

Carl chose the University of Michigan School of Social Work for its extraordinary resources and opportunities. “If you have a dream,” he says, “U-M gives you the resources to realize it. I wanted a diverse social work curriculum; I got that here. They gave me the resources to work in southwest Detroit. I wanted to go to the other side of the world, and they got me there!” This is no figure of speech. Last summer Carl did an independent study, teaching and conducting research in Berlin, Germany, through the School’s Office of Global Activities. He was able to make the trip thanks to an Alumni Board of Governors Scholarship Award.

“The award allowed me to go to Europe to conduct research and to interact with populations I wouldn’t have imagined,” he says. “I was a street social worker and I taught English, including classes in their youth prison system. That perspective was life changing for me, talking to kids who knew two or three languages, people who had been incarcerated, talking to refugees, talking to social workers over there, seeing how they handled problems versus how those same problems are dealt with in the U.S. I see education and social justice a lot differently now because I traveled abroad. I was able to do that because of the Alumni Board of Governors Award.”

Carl already has his eyes on a PhD. “I want to train the next generation of change agents,” he declares. “Lots of things in our educational system aren’t the way they should be. People should be equipped with knowledge to make a difference and make change. I want to be a change agent. The best way to do is to be a professor, so that’s my goal.”