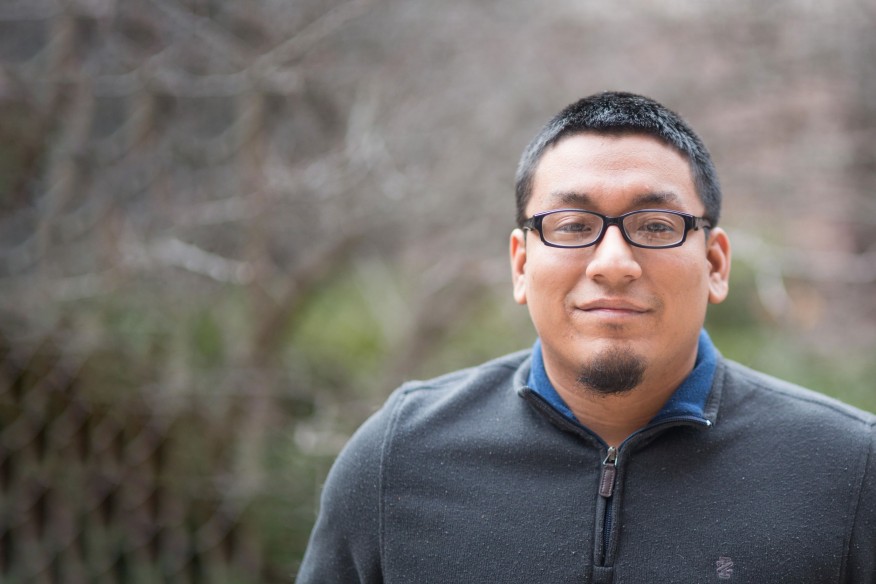 I Want to Change the World—Abroad and at Home

“I’m used to telling the story now,” says MSW candidate Stuart Inahuazo, “but at the time it was really rough.”

Stuart refers to an ordeal that began in 2010, when, as a tenth grader, he came home to find immigration officials at his family’s Chicago home, looking for his father. The next five years were consumed with legal battles, culminating in his father’s deportation in 2015. Stuart was then a sophomore at the University of Michigan. His entire family left for Ecuador, where his parents had come from. Stuart was born in the U.S., and his mother was not targeted by Immigration and Customs Enforcement, but for the sake of Stuart’s sister, also born here and 11 years old at the time, the family decided to stay together and go back to Ecuador, everyone except Stuart. He wanted to, but his parents said no. He was a first generation college student with a full scholarship. He would not walk away from that. He would embark on, as he puts it, “a different journey.”

As an undergraduate, Stuart spent four weeks abroad in Amsterdam and Berlin through Global Course Connections (GCC), co-directed by U-M’s College of Literature, Science, and the Arts and the School of Social Work. Preparation involved classes over at the School of Social Work Building, taught by Professor Larry Gant. “It ran late and it was my longest class!” Stuart recalls with a grin. “But Larry was great. We loved him. When we finally went abroad, we had a real social perspective on what was going on in those cities.” In Amsterdam the group studied sex workers’ unions, and in Berlin, learned about local migrant crises and community self-policing.

Stuart shared with Gant his interest in policy and advocacy, and Gant suggested that he study social work. Stuart thought it would be too clinical, but Gant pointed out that with a social work degree, one could work with communities, do research and more. Stuart agreed to think about it. Gant let him know his door would always be open. It was now 2016 – close to his undergraduate graduation. Still interested in policy but with a developing concern for social justice and on-the-ground advocacy, Stuart applied to the U-M School of Social Work—with a letter of recommendation from Larry Gant, for whose mentorship Stuart remains always grateful.

In April of 2017, Stuart received his bachelor’s degree in political science. He was accepted into the School of Social Work as an MSW candidate and got a boost from a generous Alumni Board of Governors Scholarship Award.

The award allowed Stuart to go to London for six weeks to fulfill a dream. Studying how London’s micro-communities were coping with Brexit, he contributed to an effort to save one of the city’s only Latin markets. “I did global macro work,” he says, “conducting surveys with traders, helping draft policy statements, even doing a PhotoVoice with traders [a type of project in which marginalized individuals document their community’s issues in photographs—Ed.] I used a lot of what I learned in school and I was so happy. I had always wanted to do global work. We need to look at other countries and how they tackle social issues similar to our own. I am so grateful I could get the funds from the Alumni Board of Governors to go there.”

Now back home and preparing to graduate with his MSW in spring 2020, Stuart has a field placement at the Michigan Immigrant Rights Center in Ypsilanti, MI. “Giving back to the community is a personal issue for me,” he says, “especially the Latinx community. I love working with clients around immigration status, I get to do one-on-one interpersonal practice, some macro work and some communications work, like drafting a public comment on immigration policies. I want to continue to work with immigrants. It’s one of my favorite things.

“My dream job would be to work in the U.S. but travel abroad as a consultant or researcher. I want to be a global citizen and learn how communities around the world tackle issues we have in the U.S., then bring that knowledge back and open people’s minds. I want to help others and become a better person, not just for myself but for the people and organizations I serve.”