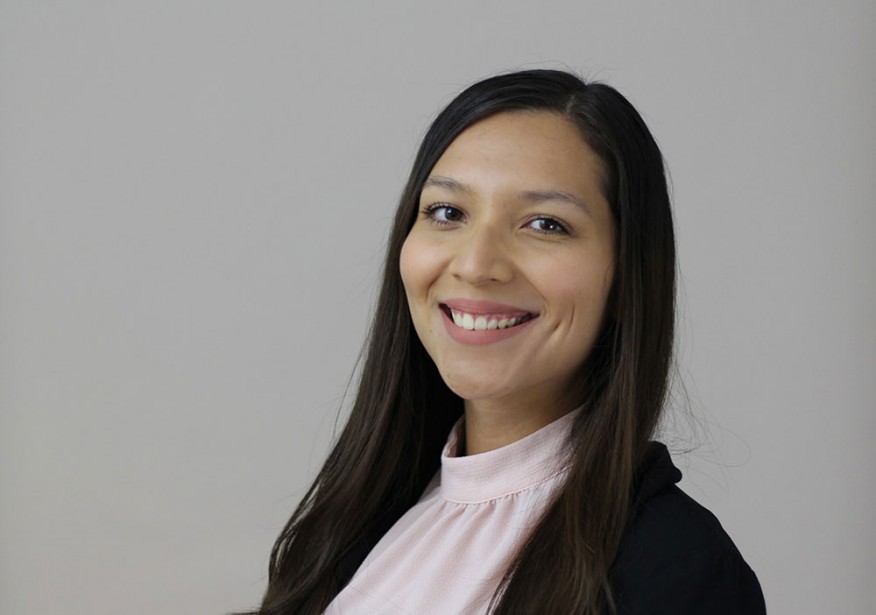 Joanna Jaimes is a first generation college student born to Mexican immigrant parents. As the oldest of four children, she played an important part in her family as a role model and helped her single mother raise her siblings. Joanna attended four elementary schools within the span of three years after her family experienced housing instability. With the help of family members and a supportive community, her family was able to find stability. Joanna took on a leadership and caretaker role in her family from a young age as she remembers translating for her mother at her siblings’ parent-teacher conferences. “I was doing things that too many kids of immigrant parents experience. I was frustrated that my family did not have the resources that my friends did, and I didn’t understand why we couldn’t be like everyone else,” she recalls. Joanna says that these lived experiences have motivated her to be a force in her community and advocate for socially just service provision for low income and underrepresented families.

Joanna went on to attend Calvin University in Grand Rapids and received a Bachelors degree in Social Work and Political Science. She thought that she would become a therapist, but she wanted to be active in wide scale change. After learning about how social work and politics intertwined, Joanna decided that she wanted to become a macro social worker.

“I was learning about issues that were directly affecting my family in class and out in the real world.” Joanna completed her undergraduate field placement at the United Nations High Commissioner for Refugees. “I saw the impact that migrating to another country had on my parents as well as on the refugees that I was assisting during my time in DC. I knew that I could do more, and I was determined to use my valuable life experience to inform policies that affect populations that social workers are involved with everyday,” she says. Joanna is deeply committed to working at the intersection of politics and social work, and she sees the need that there is for more social workers to inform policy.

During this time, Joanna learned about U-M SSW’s Social Policy and Evaluation track. She knew that this track would equip her with the skills to continue advocating for underrepresented communities. Joanna credits her extremely knowledgeable professors and mentors who she has met at the SSW for her success. She says, “Going to graduate school was an intimidating process, and going through college alone as a first generation student made it difficult to know if I was headed in the right direction. I was met with professors who I could relate to, and this made my transition seamless.’

When asked about her plans for the future, Joanna says that she wants to use the policy and evaluation skills that she strengthened at the SSW and use them to work on innovative research to increase community well being. She wants to pursue a doctorate degree and has considered running for a local government position.