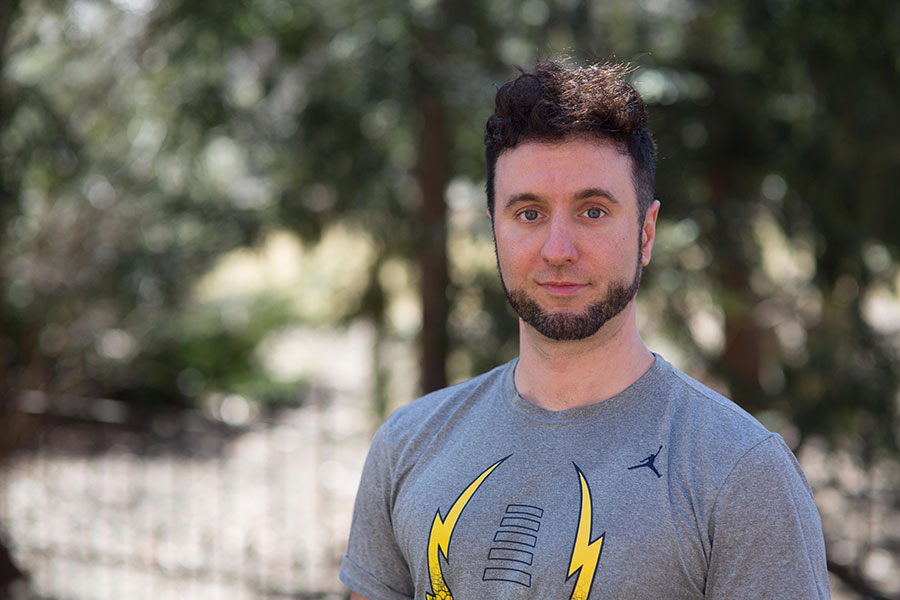 I Want to Change the World for Young Queers

“At 17 I came out to my family as queer,” says Vinny Ancona. “They kicked me out. They said, ‘God will punish you. You will burn in hell.’ I tried friends’ houses, but their families didn’t want to get involved. I ended up sleeping on the streets, in cars and in subways.” This was North Philadelphia in the late 1990s, where a boyfriend once warned Vinny, “Hold hands in this neighborhood, you’ll be shot.” On the street Vinny witnessed violence and death from AIDS.

Eventually Vinny found The Attic Youth Center on South 16th Street. “The social workers there were a safe haven for me,” he remembers. “They made me very motivated and inspired. They advocated for me. They led me to want to study social work. They kept me grounded when I didn’t have a lot of structure or hope. That inspired me to want to do queer-friendly therapy.”

Vinny eventually landed a job, found an apartment under the HUD-funded Housing Choice Voucher Program (aka “Section 8”) and entered a relationship. But there was an obstacle to his becoming a therapist: he had not finished high school. He spoke to his parents only occasionally, but eventually, and not without difficulty, they reunited, six years after Vinny had been kicked out.

It was then that Vinny made a life-changing discovery: he had graduated from high school. He’d missed the ceremony but his father had gone, and now he told his son, “They called your name.” The school confirmed it, and the way was cleared. Vinny won a scholarship to the Community College of Philadelphia, where sociology professor Ralph Faris convinced him to join the honors program. “They said I could get my life back on track,” Vinny says, “I didn’t think I deserved to be there, but that program is still a driving force in my life.” Next came a scholarship to Bucknell University in Lewisburg, Pennsylvania. In his junior year, Vinny studied European clinical psychology abroad, supported by the Danish government, an experience he remembers as, “very rehabilitative.”

After a gap year, Vinny decided it was time for his MSW. “I thought, How can I empower queers and others who don’t think they are deserving?” he says. “I looked for a school that could challenge me that way. Professors at U-M were doing what I wanted to do, and there were several LGBTQ courses, something you don’t see at every school.”

Looking to the future, Vinny says, “I would like to work with college students, focusing on trauma and queer affirming therapy.” He has already had a taste of this work, doing his field placement at Eastern Michigan University Counseling and Psychological Services. “My own experience is a hook with my clients. I have trans clients whose families do not accept them. They are afraid they won’t have a place to live. I have an understanding of their struggles and their need for safety. They don’t know my details, but they say, ‘I sense you have been through a lot.’”

Vinny’s study at the UM School of Social Work has been supported in part through the Schools’ the Reach Out Fund, which supports students in connecting with alumni for mentoring and job shadowing.” “Every day I wake up full of gratitude because my scholarships have made possible every single thing going on in my life right now—my education, my personal growth, my professional growth and my social connections. The scholarship support also helped me get out of my Philly neighborhood, which was very bleak and dangerous and queer-phobic. It wasn’t good for my physical safety. U-M gave me physical safety. There are days when I have to remind myself that this is actually happening!”