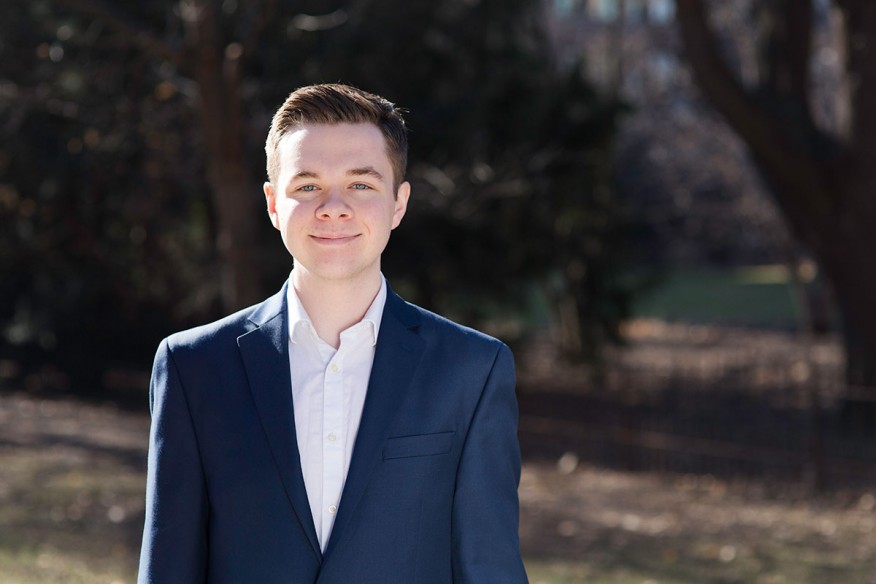 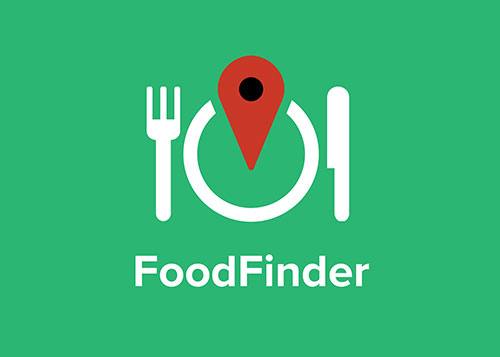 As a sophomore in high school, Jack Griffin was deeply moved while watching a news story on how poverty affects families. “These 10 and 12-year-old kids were getting ready for school in the bathrooms of libraries and gas stations. It really shook me, and inspired me to want to help in my community.” But when Griffin looked online for ways he could volunteer, the results were discouraging. “That’s when I realized that Google is much better for restaurants than food pantries. I learned how inaccessible, difficult and, often times, outdated the process of searching for social services assistance is online – and that gave me the idea that I could be a force connecting people to resources through digital means.”

That idea became FoodFinder, a mobile and web-based app which debuted in 2014 with a database of 100 food pantries in Griffin’s suburban Atlanta county.

Since then, the app has grown to include 40,000 food banks across the U.S. Griffin is now in his senior year at U-M, majoring in Business Administration at the Ross School of Business with a Community Action and Social Change (CASC) minor at the School of Social Work.

When Griffin entered U-M, he expected to begin his career as a business consultant.  But as FoodFinder continued to grow, he realized how critical it was for him to find work that is purpose driven and in alignment with his own values.

At Ross, Griffin found a home in the Zell Lurie Institute, which supports entrepreneurial studies and student innovation. Simultaneously, the CASC curriculum provided him with a social work perspective on how to responsibly and respectfully serve others.

“Dedicating myself full time to FoodFinder was not the game plan; it was an extraordinary amount of work that can be excruciatingly difficult, especially at the national level, but I had to be honest with myself. Starting your own business is the fundamental dream for most people, and it is a wonderful privilege to dedicate myself to something I’ve created to serve others. How can I not give it everything I’ve got and apply the skills I’ve learned so that FoodFinder can be the force for good that I know it can be?”

Griffin has also volunteered for U-M’s Maize and Blue Cupboard, a food assistance program specifically for students. “Since FoodFinder is a digital platform, I’m really glad I’ve had the chance to help out at the ground level. It’s been eye-opening to see 500 students show up in the span of two hours, have a thousand pounds of food to distribute, and have to turn people away when that runs out. It’s a reminder that college food insecurity is extremely real and can’t be written off.”

Griffin’s dedication and service earned him an MLK Spirit Award in 2018, and he is on track to graduate this spring with honors. After that, he’ll return to Atlanta to become FoodFinder’s CEO and one of its first salaried employees. “The two halves of my academics, paired with my extracurricular experience, have all come together to where I am a couple weeks away from graduating and feel extremely well equipped to take that next step.”

FoodFinder’s goals for 2019 include connecting 100,000 people with food assistance, and expanding coverage to include every food pantry and food assistance program in the U.S.

The work will not end once the database is complete, however. Griffin hopes to boost the app’s reach by getting the word out to first responders and to develop public and private partnerships.  “We need to not only serve people in dire circumstances, but to work closer and closer toward the root causes of hunger, and to have a seat at the table of policymaking. There’s always more work to be done in the fight against hunger.”