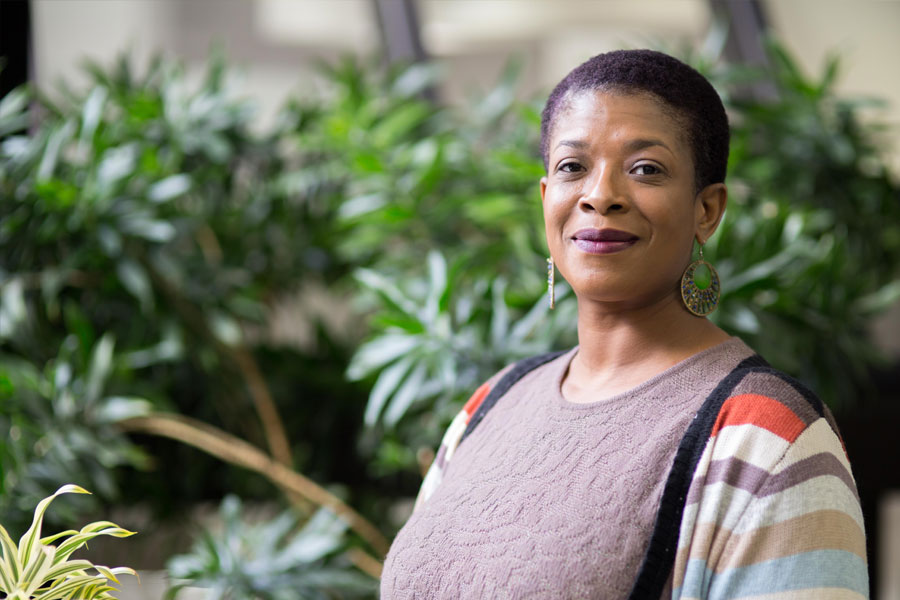 I’m Going to Change the World by Running
for Office

“My story starts with a promise to my father,” says MSW candidate Tamara Franklin. “He was ill with a cardiac disease and he said to me, ‘After working so many years, baby girl, I need to see you to finish your degree. The struggles I had, I do not want you to have, as my grandson’s mother.”

At the time, Tamara was a newly single parent. But she made the promise to her father and pursued her associate’s degree at Oakland Community College in Auburn Hills, Michigan. Midway through, her father passed away. “I could have stayed in my depression,” Tamara says, “but I moved forward. I learned about social work, and I thought, I could do so much with this.”  She worked as a mental health technician in Oakland County while completing her associate’s and then working toward a BA in social work. “I never considered grad school; I thought it wasn’t for me,” Tamara recalls. “I was an older, nontraditional student. I was exhausted. I just wanted a job to sustain me and my son.” But her field supervisor was a graduate of the University of Michigan. She asked Tamara to consider the doors an MSW degree would open. “It would let me grow in any direction,” Tamara says. “So, I applied to two programs, and I got into both. Well, the University of Michigan is the number one school of social work, so where do you think I’m going?”

But… “I didn’t realize how much grad school cost!” Tamara laughs. “I had been working since I was 12, just racing to meet my needs. I never sustained savings or created financial stability for myself. Away from work, my whole life had been taking care of my dad and helping care for my grandma. Now, I told myself, ‘You have to take care of yourself!’ I had moved into graduate housing with my nine-year-old son, and I was denied a federal loan. I didn’t know I had a poor credit history! I started writing for scholarships and was blessed to receive the Wheeler Family Memorial Scholarship. I was able to attend the U-M School of Social Work, and I got straight A’s last semester. I believe I am supposed to be here!” Tamara is also a Community-Based Initiative Scholar, training in community change in urban environments. Her field placement is with the Chadsey Condon Community Organization in Detroit. Her son wants to be an engineer. “I have a very clever young man and I love him, and I look forward to his future,” she says, beaming. “My being at UM and working on my MSW this is part of that love for him.”

“I hope donors understand what their gift means for students like me,” Tamara says, “who have worked to the bone and have seen very little result. A lot of folks strive to do better but don’t have opportunities. We study racism and oppression here, but there are people who are living it. A scholarship like the Wheeler Family’s gives people like me the financial security to reach a higher place. I have gratitude and the highest regard for the Wheeler family and the hope and opportunity that they gave me. From the depths of my heart I want them to know how beneficial their gift was.”

And after graduation? Tamara considers to running for political office. She has worked with the Economic Justice Alliance of Michigan, helping to pass fair wage and sick leave laws. In what might be a template for a stump speech, Tamara says, “I want to serve my community. I want to address the un-level playing field from a social work and social justice stance. I want to help single moms in my community achieve their goals. I would not be here without my community, my tribe that pushed me through, the folks who said, “You can do it.” I want to create more hope, encouragement and opportunity for people in marginalized communities. The world has never truly considered all people’s abilities or needs. The creativity, critical thinking and effort of social work can help us build a society that represents everyone.”