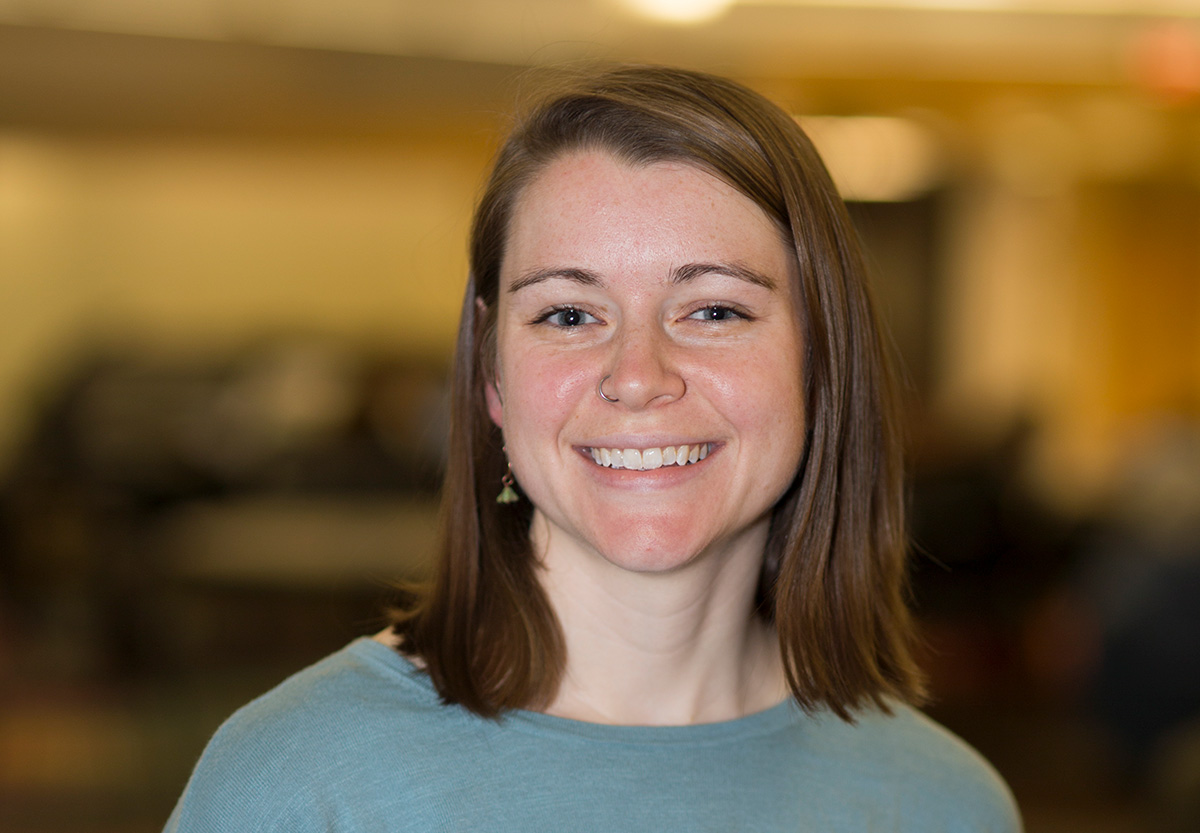 I Want to Change the World of Health Care

As an undergraduate, Megan O’Brien was interested in public health. Upon graduation, she found an AmeriCorps position at the Nationalities Service Center in Philadelphia, focused on public health, refugees, and asylum seekers, especially those from West Africa. (Her undergrad major in French also came in handy.) She found the work so fulfilling that she extended her stay and took a case management position with an immigrant survivors of torture program. However, she realized that she now needed formal training. So she applied to MSW programs. Now she understood that everything she had done had involved developing relationships with individuals and communities.

Why did Megan ultimately choose U-M? “I appreciated the academic rigor of the program and the amount of research coming out of the school,” she says. “I also wanted to continue working with immigrant populations, and there are many immigrant communities in southeast Michigan, including a huge Arab American population; and Detroit is so diverse. Another of my interests is linguistics, so I love working with multilingual populations.” She also wanted to take advantage of the School’s relationship with the U-M School of Public Health. “The dual degree program with Public Health is really integrated,” she says. “I can take classes in both schools at the same time. I did not see that model anywhere else.”

But like so many in this field, Megan’s passion had come at a price, and she found herself in need of scholarship help. “With AmeriCorps I got a stipend, not a living wage,” she explains. “I was not able to save a lot of money for grad school.” Receiving the Katherine Reebel Scholarship from the School of Social Work was a big part of her decision to come to U-M School of Social Work. “The scholarship has been a huge help,” she says. “Social workers have good hearts and want to do good work. We know that our field does not offer large salaries. We are making that personal sacrifice in order to help communities and individuals. So it’s a great feeling to have scholarship help and to know donors are investing long term in social work. I am very, very grateful for the scholarship that am receiving.”

As for Megan’s future? “I want to serve in a clinical role for survivors of torture,” she says. “Longer term, I want to work to improve the health care system for refugees on local, state and national levels.  More interpreters, and primary care providers are needed who are able to work effectively with those from different cultures and the entire healthcare system needs to be more culturally sensitive.”