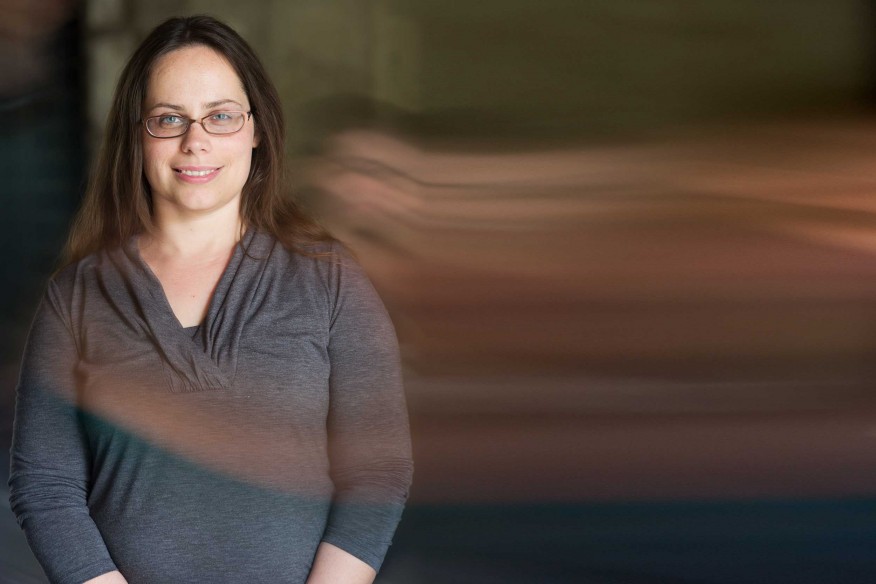 Rachel Burrage corrected us when we said that her work “gives Native Americans a voice.”

“Native Americans have always had a voice,” she said. “But nobody’s been listening. If you have the privilege to be in an academic institution like the University of Michigan, where people will listen, then it’s your duty to use that power and privilege to support the voices of people who don’t have it.”

For her dissertation, Rachel, a joint PhD in Social Work and Psychology and the recipient of a W. K. Kellogg Family Endowed Fellowship, is working with data from the Indian Reservation School Truth and Reconciliation Commission of Canada. Starting in the 1880s, Canadian Aboriginal children were placed in residential schools and were often neglected, starved, and physically and sexually abused. This type of collective trauma interested Rachel since she saw, while teaching in El Salvador, photographs of the exhumation of Guatemalan civil war victims from mass graves, and their ceremonial reinterment under the auspices of a forensic anthropologist, and a psychologist who offered families, and the community, emotional support.

Rachel’s interest in such cases had already led her to major in sociology as a U-M undergraduate. Psychologists, she thought, only treated individuals. But now, learning about the Guatemala case, she saw that Social Work and Psychology intersect, naturally, in the field of community psychology. She had taken community engagement and service learning courses as a U-M undergraduate, so she was well-prepared to return to Ann Arbor for an MSW and a simultaneous joint PhD in Social Work and Psychology. “Coming back to Michigan for my MSW and doctorate seemed like a natural extension of what I’d been doing,” she says. “It was nice to think of returning to a familiar place.”

Many are “called home” to Ann Arbor and U-M, but Rachel had a special reason to return: the availability of scholarships. She was married now, to a man she had met in El Salvador, and he would have to seek a job here (he soon found one, in marketing). And they wanted a child (Gabriel is now two.) But the W. K. Kellogg Family Endowed Fellowship had an even greater meaning for Rachel, as someone long moved by the injustices and trauma of Native peoples. “It was the first recognition,” she says, “that my work was of value in an official way. It said that my interests, my research, were worth supporting.” When she received the award, Rachel was starting the fourth year of a six-year program to complete the joint degree. The Fellowship remains helpful and meaningful. “I was at the ‘hump day’ of my PhD!” she says. “I’d been through three years, and I’m was looking at three more. It was nice to get some extra motivation.”

Rachel describes her current research this way: “I study how traumatic events affect families and communities. I study Native testimonies from Canada, and I see how people conceptualize their suffering and overcome it. I compare that to existing discourses on trauma and resilience, which do not include indigenous voices. Trauma affects everyone in much the same way; the difference is in resilience, which is linked to social factors. El Salvador came out of a civil war in 1992, with massacres and death squads; Salvadorans dealt with massive stress and went on living and being the warmest, most hospitable people. So there is something in this type of trauma that we must investigate and learn from.”