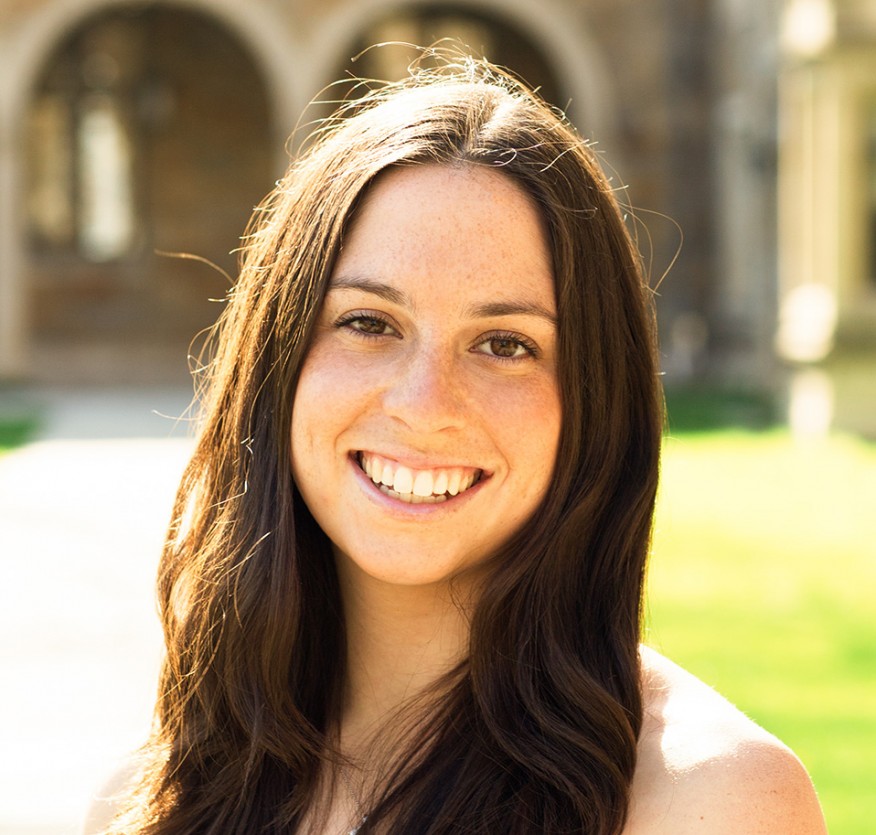 Emily Cloch knew she wanted a career in social work when she was in high school, and soon after she began her undergraduate program in cultural anthropology at the University of Michigan, she put her plan into action.

Cloch’s advisor suggested she consider the Community Action and Social Change (CASC) undergraduate minor, located within the U-M School of Social Work.  The CASC minor is for students interested in developing knowledge, skills, and experiences in community action and social change.  Since its launch in winter 2010, more than 500 students have declared the CASC minor.

Not only did Cloch declare the CASC minor, but she became a CASC Student Board member during her sophomore year.

“Being on the board kept me intimately involved with the School of Social Work,” Cloch said.  “The board developed different events to increase cultural awareness and current events, and we also created an event where students could come de-stress during finals in addition to receiving advice for class registration for the following semester.”

The CASC classes helped improve my communication skills in understanding how to be in a community space and confidently talk about privilege and oppression in a productive way.

The CASC program also led Cloch to Tony Alvarez, who serves as the SSW’s point person for the use of experiential, adventure and wilderness approaches to social work practice.  Alvarez’s research focuses on the design of effective experiential and adventure-based programs for social workers in multiple settings and with diverse populations.

“Tony and I talked about various wilderness therapy programs and different ways I can incorporate adventure and wilderness into social work,” Cloch said.  “I’ve been going to camp in the North Woods of Wisconsin since I was nine years-old, and the older I get, the more I realize how important the outdoors are to me.”

Through the CASC program she took a class in intergroup dialogue which she said opened up her ability to talk about all types of issues including social injustice.

“The classes I took with the CASC program gave me the space I needed to be productive in a social justice environment,” Cloch said.  “The CASC classes helped improve my communication skills in understanding how to be in a community space and confidently talk about privilege and oppression in a productive way.”

Cloch’s passion for adventure was well-founded during her study abroad program in New Zealand where she studied anthropology, Maori indigenous peoples and the sociology of risk taking and adventure.  Her study abroad increased her confidence as an independent person.

“My parents have trusted me and have seen my passion for the outdoors grow,” Cloch said.  “They’ve encouraged me to have a passion and follow it…and to always reach for something higher.”

Cloch graduated in the spring of 2016 and is working as a wilderness trip leader at Camp Birch Trail for Girls in Wisconsin. She is then taking a gap year before heading back to Ann Arbor to pursue her master’s degree at the School of Social Work.  Hail to the Victor who continues to pursue her passion for the outdoors and social work.