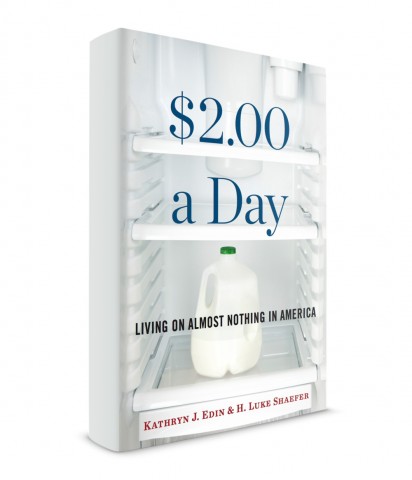 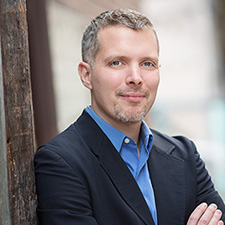 In heartbreaking detail, Shaefer and Edin's book illuminates how America's extreme poor survive despite a labor market that routinely fails to deliver a living wage. "$2.00 a Day: Living on Almost Nothing in America" examines how these families become so poor in the first place: job loss and family instability are two primary factors leading to crippling financial crises that are most often impossible to turn around.

Published in 2015, "$2.00 a Day: Living on Almost Nothing in America" has reinvigorated the national conversation on poverty and is shaping the public policy proposals of a presidential administration.

"When we first asked Rae McCormick and Jennifer Hernandez and the other families in "$2.00 a Day: Living on Almost Nothing in America" to share their stories, we told them we hoped doing so would help make things better for other families experiencing similar hardships," Shaefer said. "This announcement was a really great step in making that a reality, and we continue to be extremely grateful to all the families in our book for sharing so generously, with us, and with the entire country."

The Economist, No money no love

Alternet, The Number of Americans Living on Less Than $2 A Day is Skyrocketing

Bangor Daily News, Give Thanks for Food Stamps. They Work.

Cognoscienti, Millions are Living on $2 a Day - Yes, in the United States.

Mic, Here's What It's Like Trying to Survive on Less than $2 a Day in America.

New Republic, The Truth About Food Stamps (Hint: They Work and Help Millions).

The Atlantic, America's Poorest are Getting Virtually No Assistance.

The Huffington Post, There Have to Be Better Ways to Fight Poverty. The White House Wants to Find them.

The Huffington Post, Yet Another Conservative Argument About Poverty Appears To Be Wrong

The Los Angeles Times, Living on $2 in America.

The Los Angeles Times, What is it Like to Live on $2.00 a Day? New Book Examines Deep Poverty in the U.S.

Vox, Selling Plasma to Survive: How Over a Million American Families Live on $2 Per Day.