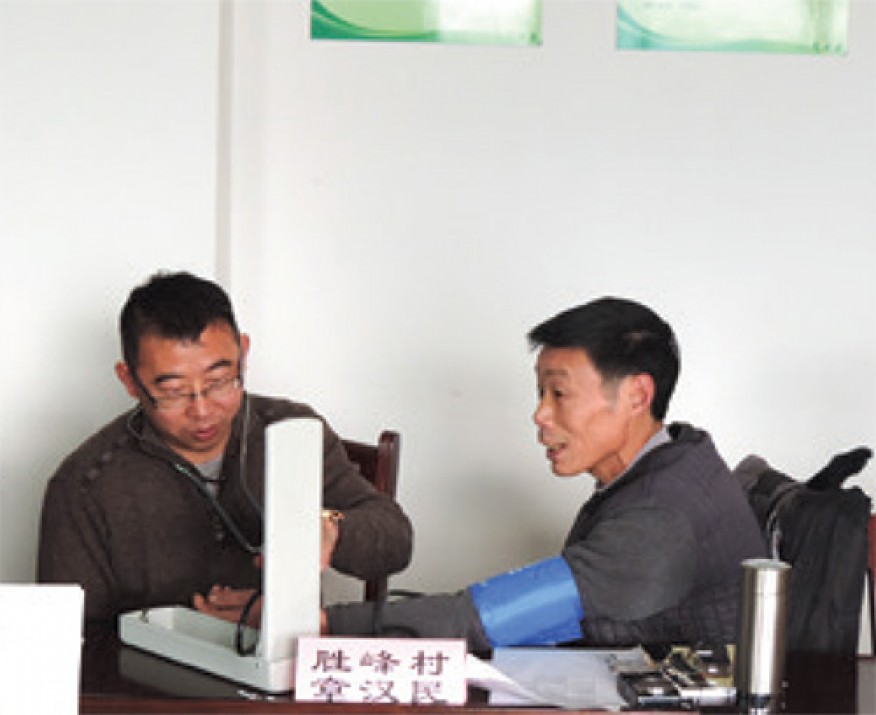 Aging in China: The Prevalence of Hypertension and Depression

“Hypertension and depression are prevalent in rural China, which has one of the highest suicide rates among older people in the world,” Li said. “The suicide rate is three to five times higher in rural China compared to urban China.”

The research project, titled Depression/Hypertension COACH (Chinese Older Adults-Collaborations in Health) Study, aims to test the effectiveness of a collaborative care approach in treating older people with comorbid hypertension and depression. The intervention involves bringing together the village doctor, who has very little training in mental health, with psychiatrists, who are very rare in rural China, and aging workers, who are volunteers and residents of local villages.

“The aging workers are trained in the areas of hypertension, late-life depression, communication skills, case assessment and care planning, motivational interviewing and empowerment. Their role is much like a case manager,” Li said. “They visit the older person at their home to see how they’re doing related to medication adherence, nutrition and exercise, and they support positive lifestyle change such as smoking cessation, reduced drinking and increased physical activity. They help the family to better understand the health conditions of the older person. They also do the bridging for the doctor and the psychiatrist.” Li oversees the training of aging workers.

According to Li, lack of support is a big problem for aging patients with depression and hypertension in rural China. An important role of the aging worker is to serve as a support system of the older persons. Most of the Aging Worker volunteers are women and have part-time jobs in the village.

Li recently published Successful Aging: Asian Perspectives (2015), which brings together state-of-the-art research on successful aging in Asian populations and highlights how the factors that contribute to successful aging differ from those in the West. It examines the differences between the Asian and western contexts in which the aging process unfolds, including cultural values, lifestyles, physical environments and family and social structures. It also examines the question of how to add quality to longer years of life by looking at ways to promote health, preserve cognition, maximize functioning with social support and maintain emotional well-being despite inevitable declines and losses.

“Compared to other parts of the world, Asia will age more quickly as a result of the rapid socioeconomic developments leading to rising longevity and low fertility rates in some countries,” Li said. “These demographic forces in vast populations such as China are expected to make Asia the main driver of global aging in the coming decades. As a result, researchers, professionals and policymakers, as well as the commercial sector in both East and West, are increasingly interested in gaining a deeper understanding of aging in Asia.”