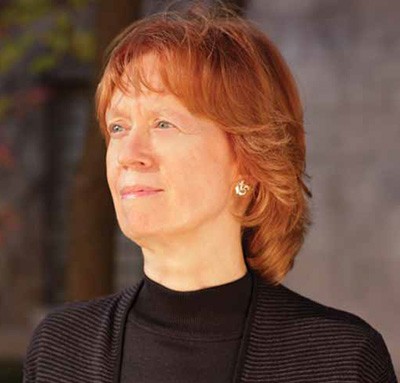 As generations of new students come to the University of Michigan School of Social Work, they will benefit from the work to which Kristine Siefert has dedicated her life. But Siefert’s touch only begins with students, and continues with colleagues and extends to the thousands who have been affected through her combined efforts in social work and public health.

Siefert received her MSW in 1975 from the University of Michigan and following graduation, she practiced as a social worker in a large community hospital. Many of the health problems she witnessed were preventable.

“I was shocked by the health disparities I observed, particularly among African Americans and the poor,” Siefert said.

Her interest in health disparities led her to pursue a masters in public health in maternal and child health from the University of Minnesota, in addition to a PhD in social work, which she completed in 1980. She joined the UM SSW faculty in 1979 as an assistant professor and was promoted to professor in 1994.

“It’s been incredibly rewarding to work with people who are so committed to making a difference in society,” she said.

After Siefert completed her dissertation, her research focused on identifying modifiable social, behavioral, and environmental determinants of health and mental health and eliminating racial/ethnic health disparities. She said, “I was always looking for causes of health problems that could actually be changed. Practical causes…like food insecurity.”

An early highlight of her research career was her collaboration with the Department of Health and a Human Services Region V. Office of Maternal and Child Health social work consultant Louise Doss Martin. Inspired by Julia Lathrop and the social workers of the Children’s Bureau, Martin and Siefert worked on a series of studies focused on the causes of excess mortality and morbidity among black mothers and infants.

“The black maternal mortality rates in Chicago and Detroit were shocking,” Siefert said. “They were four times the national rate for white women, and the deaths were due to largely preventable causes.”

The studies were completed during the mid 80s, and the evidence was presented to scientific conferences, which brought extensive national attention to the issue. Following the study, Siefert was invited to give testimony on maternal mortality at the US Public Health Service and Institute of Medicine Regional Hearings on National Health Objectives in 2000.

Siefert noted that her studies with Martin generated so much attention, she even received hate mail.

“The hate mail was really striking, and that opened my eyes to the racism in our country,” Siefert said. “After that, I became even more committed to eliminating racial and ethnic disparities…and unfair treatment around race and gender.

“Black maternal and infant mortality rates are still appalling” Siefert said, “especially when you think about how wealthy we are as a country.”

When asked about the highlight of her career, she is quick to talk about her students. She mentored numerous masters, doctoral, and post-doctoral students in social work and other disciplines, as well as junior faculty at Michigan and other universities.

“Working with students has been the highlight of my career…they’ve been wonderful…the masters students are committed and have so much energy,” Siefert said. “I learn a lot from them…they’re a remarkable group. I’ve also worked with many doctoral students and one of the many things that is impressive is the interdisciplinary aspect of their work…applying theory to solve real-world problems.”

Siefert served as the School’s assistant dean for research and associate dean for faculty and academic affairs; she also co-founded Michigan’s dual MSW/MPH program, and was a faculty associate of many interdisciplinary research and training programs and centers throughout the University. Her research was supported by numerous federal agencies and foundations. She has published prolifically and has served in an editorial capacity, or as a reviewer, for more than 25 scientific and professional journals.

In 2001, she received the University-wide Harold R. Johnson Diversity Service Award, and in 2007, she was named the Edith S. Gomberg Collegiate Professor of Social Work.

“We’re unusually interdisciplinary here at the University of Michigan,” Siefert said. “I’ve worked with colleagues from many disciplines ranging from the social sciences to public health and medicine, even molecular biologists.”

During her many collaborations throughout her career, she was surprised to learn how differently disciplines view the same health problem.

“For example, some of the researchers I worked with viewed the racial/ethnic disparity in infant mortality as mostly genetic in origin, while others,” Siefert said, “myself included, see it as socially determined.”

Kristine is a tireless advocate for expanded diversity in the School of Social Work’s research and teaching, and in the recruitment of faculty and students. Her commitment to reducing racial inequality to promote the greater health of poor and disadvantaged mothers and children is an inspiration to all of us and we thank her for changing the face of social work.

She went on to say that she was also surprised how the language of each discipline differs and admits that communication can sometimes be challenging.

As Siefert reflects on what a successful retirement looks like, she smiles and says she’s looking forward to it.

“I loved my work, I really enjoyed it, and I can’t think of having a better career.”

She looks forward to doing some of the things she hasn’t had a chance to do, such as reading entire books, not just book reviews, and volunteering, perhaps with the Humane Society or hospice. She’d like to continue with some teaching and assuredly says she won’t have any problem keeping busy