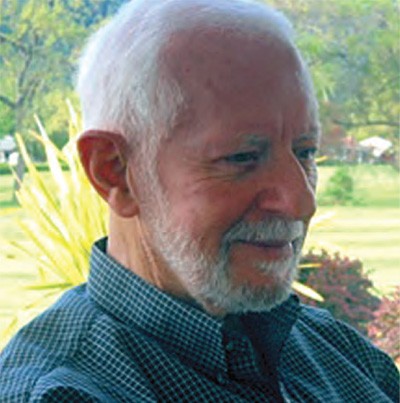 During the early ’60s, Larry Metzger was a reporter and editor for Home Furnishings Daily.

His fascinating career led to interviews with some of the most prominent artists, gallery owners, and designers in the country including Andy Warhol, Karel Appel, and Leo Castelli.

However, in 1965, during the New York City financial crisis, Metzger decided to leave NYC to head west to continue to develop as a writer of both fiction and non-fiction. Little did he know that this move was the beginning of a career change into social work.

During his trip to Los Angeles, he discovered he could support his writing by working as a welfare caseworker in East Los Angeles.

“The job gave me an opportunity to encounter people in a helping situation for the first time, and I discovered that I liked the interaction,” Metzger said. “Following that stint, I became an investigative probation officer. Because both the casework and probation jobs required extensive reports, I was able to make use of the writing skills I had gained earlier. My co-workers encouraged me to apply for an MSW.”

Metzger was admitted to the School of Social Work at the age of 35, and completed his MSW in 1970. During his field placement, he was intrigued by the multiple aspects of addiction and its treatment.

Metzger continued his education with the completion of a PhD in psychology in 1976 from the Saybrook Institute in San Francisco.

For more than 20 years he had a successful private practice in psychotherapy, and for more than ten years, Metzger also was on faculty at the University of California, Berkeley, where he had the opportunity to train several thousand caregivers in their work with addicted individuals. He taught courses on counseling, diagnosis and treatment, addictive disorders and life transition. For several years, Metzger also worked with the Institute for the Study of Social Change at the University of California, Berkeley, researching anxiety experienced during major life transitions.

While working as an addictions specialist and teaching in that specialty, he wrote From Denial to Recovery: Counseling Problem Drinkers, Alcoholics and Their Families, aimed at helping professionals and paraprofessionals in their work with addicted individuals. The book was published in 1988 and used in many classroom settings and by individual therapists.

Not only did Metzger make significant contributions to the understanding and treatment of addictions, but he also has given generously to the starting place of his interest in social work.

“The education I received at the School of Social Work put me on a new road and I have always been grateful for the opportunities the career change made possible. For at least 20 years I have intended to make a significant gift to the School of Social Work, and the information provided by the School’s Development Office about the advantages of a charitable gift annuity made my intentions a reality,” Metzger said.

“At age 79, my gift of $100,000 will return an annual income of 7.3% for the rest of my life, and the annual tax-free portion of that $7,300 will be $5,800 during the first ten years. There are other considerable tax advantages: The gift of $100,000 provides a charitable deduction of $42,000 that can be used against income immediately or over a sixyear period. That arrangement enabled me to sell off taxable investments at a substantial benefit.”