What Is Jewish Detroit?: The Jewish Communal Leadership Program Sparks a Conversation 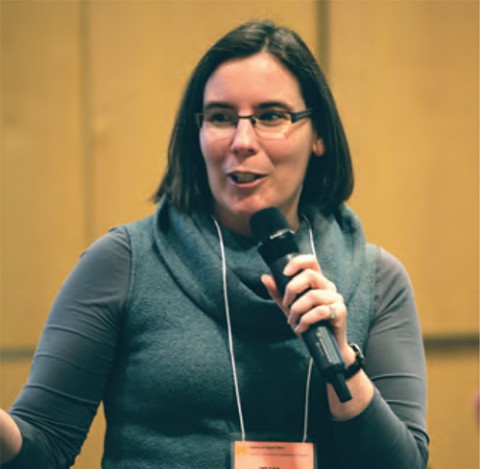 On Sunday, April 1, 2012, more than 90 people, most of them members of the regional Jewish community, convened at the University of Michigan School of Social Work to discuss an evasive topic rooted in history—the relationship between the Jewish community and Detroit. During the daylong “What Is Jewish Detroit?” symposium, attendees listened to a variety of narrative perspectives and participated in discussions centered on many related issues. Our intention in convening the event was to initiate a dialogue among attendees that would foster an awareness of the importance of our words and actions when we as a community, engage in conversations related to Detroit.

What does Detroit mean to you?

To open the symposium, Joshua Kanter our colleague and fellow-convener welcomed attendees, stating: The inspiration for this day has been the result of our collective experiences. As part of the Jewish Communal Leadership Program (JCLP) cohort, we’ve taken part in a wide variety of site visits and day trips. We learned how the Jewish community grew and found strength in [Detroit]. We heard of the complexities of city life and the disparate views on suburbanization. We saw large communal structures and grassroots activism.

Dr. Beryl Satter (Rutgers University) and Dr. Lila Corwin Berman (Temple University) then kicked off the day’s program, discussing the history of Jews in cities, their influence on urban real estate, and the underlying dynamics occurring between Jews, corporate interest, and the Federal Housing Association during the early to mid-20th century. Both authors reflected on the intra-communal conflicts that resulted due to the various roles Jews played in the housing scandals of the time.

The historical overview was followed by a panel of eight speakers, each of whom shared their personal narratives of “Jewish Detroit,” in response to the question, “What does Detroit mean to you?” Kate Bush, Jerry Cook, Sarah Crane, Scott Kaufman, Eli Newman, Marcie Orley, Harry Reisig and Harriet Saperstein comprised the panel, representing an array of perspectives on the relationship between the Jewish community and Detroit. The speakers provided compelling accounts of their own highly varied experiences as residents, students, professionals and advocates.

After lunch, the event moved into a series of conversations around “Jewish Detroit.” This part of the day encouraged difficult conversations between individuals who may not ordinarily have had the opportunity to engage. Four questions, with conversations modeled by David Carroll; Ben Falik; Oren Goldenberg; Austin, Jerry, Jason and Josh Kanter; Miryam Rosensweig; Rabbi Ariana Silverman; Eitan Sussman and Melissa Morof served to formally represent the wide reach of various community stakeholders incorporated in the event.

The event closed with an open forum discussion led by the Detroit Area Leadership Initiative (DACLI), in which participants offered reflections and general thoughts about where the day’s conversations had taken them and shared visions for future conversations. With this event, we hoped to initiate important conversations rather than provide definitive answers to the question “What Is Jewish Detroit?” and are pleased to pass the torch to the DACLI cohort who will be continuing these conversations with more community programming in the near future.

Ariel Pearl-Jacobvitz and Ilana Schuman-Stoler are students in the JCLP class of 2012. Both Ilana and Ariel are management concentration students at the U-M School of Social Work and Ariel also is a minor in Interpersonal Practice.