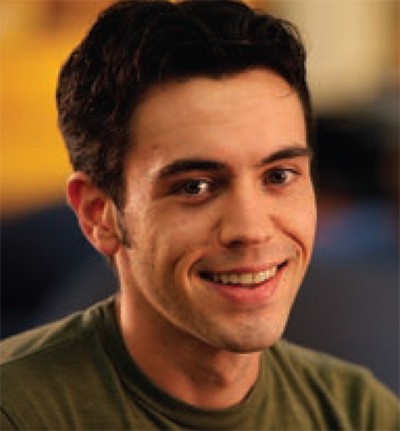 Jeff Albanese was initially inspired to become a social worker through hands-on experience, advocacy work and a natural curiosity, which ultimately led him to anthropological and ethnographic research with tent cities in the United States.

“My curiosity was peaked while working at a food stamp advocacy organization,” Albanese explained. I learned how large bureaucracies really are and that recipients, volunteers and professionals who are administrating programs look at issues very diff erently. My boss had an MSW and shared her ideas about charity and how it was defi ned by society, citizenship and what people can expect from their state, and the complicated relationships between clients and organizations supporting them.”

Albanese realized that he wanted to pursue and research these ideas in an academic setting. He came to the University of Michigan because the joint program in anthropology and social work is highly regarded. “Th e program at U-M engages all my interests. I can explore an issue from both scholarly and practical implications.”

“There is a lot of interesting and important research going on at the University of Michigan. U-M is pushing me to think about ethics, politics and services in new ways.”

Right now Albanese is conducting research in tent cities and discovering how diff erent people understand the concepts of “home” and “shelter.” He is spending a lot of time in dwelling spaces inhabited by those people who do not live in a normative home.

“My research allows me to put tent cities in historical perspective,” Albanese said. “Th ere have been homeless communities in the U.S. since the end of the Civil War and I want to obtain more information about the growing phenomenon of tent cities, and the changes within the camps. These communities aren’t hiding their existence, in fact, many are working toward obtaining formal legal recognition.”

… I want to obtain more information about the growing phenomenon of tent cities, and the changes within the camps. These communities aren’t hiding their existence, in fact, many are working toward obtaining formal legal recognition.

Albanese’s fi eld study is primarily focused on tent cities in the Midwest and his research will continue to build on the National Coalition for Homelessness, which profi les homeless communities throughout the United States.

He was awarded the 2010–11 Clara P. and Larry E. Davis Scholarship, which allows him to continue his studies. “My scholarship has aff orded me the time I need to thoroughly conduct my research. I would not be able to complete ethnographic research in tent cities and hold down a full-time job.”

Marci Raver Lash is the editor of Ongoing