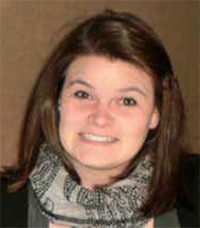 For three months in the summer of 2009, advanced standing MSW student Emily Besancon worked in the adoption arena in Australia through a partnership with the University of Melbourne. Her field liaison was Phillip Swain (’81), an Australian alumnus of the U-M School of Social Work. Until retirement in 2007, he was associate professor at the School of Social Work, Melbourne University, where he also served as head of school from 2001 to 2003.

Swain comments, “Emily was an enthusiastic and capable student, who consistently examined her own practice and that of her colleagues and was keen to develop her social work skills. As I understand it, she would have been very welcome to remain in the agency as a beginning social worker in their adoption team—perhaps the best endorsement of her beginning practice skills and her warm personality!”

Ongoing: What did you do during your field placement?

Emily: I worked with the Adoption, Kinship, and Permanent Care Team in the Department of Human Services (DHS), which did work roughly equivalent to an adoption agency in the United States. I completed assessments with a lot of potential parents who were interested in permanent care. I completed home visits, interviews, and paperwork, and then I presented the applicants to a panel of government workers if I felt it appropriate to recommend them for permanent care.

Ongoing: What stands out to you most in what you learned?

Emily: Those panels, more like roundtable discussions, were one of the most enlightening experiences that I had with DHS. Applicants come in for a meeting, are asked some questions, and are given the opportunity to ask their own questions. After they leave, a discussion among the panel members ensues. Discussions include impressions of the applicant, responses to questions, history of the applicants, how factors would impact the placement of the child in that family (such as age), and, sometimes, how a potential child waiting for adoption would match up with potential applicants. This aspect of the work was where I received the best opportunities to learn about and experience collaboration in social work and the benefits that it can have from the Australian perspective.

Ongoing: Can you compare and contrast American and Australian ways of adoption care?

Emily: The most noticeable difference between the American and Australian adoption systems for me was the difference in affordability of adoption. There are no fees for adoptions or permanent care in Australia. Both countries, however, provide financial assistance to adoptive parents and those performing permanent care. One other difference, which could partially explain the issue with fees, is that all adoptions and permanent care orders are processed through the Department of Human Services in Australia, compared with the United States, where private brokers, agencies, or governmental agencies can process adoptions.

Ongoing: What case stands out to you the most?

Emily: I spent a lot of time working with one child who was living with a single mother and her biological son, awaiting their permanent care order to be processed. There were challenges for this family, of course. The woman’s biological son and the child had the same name; the solution to this was for the son to be called by his nickname. The child had a complicated history and was exhibiting several challenging behaviors, one of which was binge eating from the garbage. Through DHS, I transported the child to various activities, assisted with meetings between the family and other professionals, and listened to concerns or milestones raised by the mother.

Around the end of my time with DHS, I checked in with the mother to see if she still felt that caring for this child was within her capabilities. Without hesitation, she replied, “He’s part of the family.” It was really amazing to see that this family had bonded so solidly and that they planned to stand by and support each other.

Ongoing: What are your impressions of your international field placement?

Emily: I had an amazing experience. The Department of Human Services was supportive, and Professor Phillip Swain and I met regularly for supervision. Because I had a lot of responsibility, I felt that I needed to live up to it and so excelled.