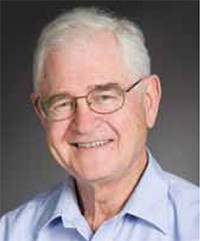 Dean Emeritus Phillip Fellin recently completed A History of the University of Michigan School of Social Work. The nearly 400-page undertaking is a comprehensive look at the School’s faculty, programs, and accomplishments from its founding in 1921 to 2008. Fellin has been working on the book since his retirement in 1999, and he brings a wealth of first-hand knowledge to the project, often recounting snippets about the School like they are his own personal history.

“I personally knew early faculty like Freud, Cranefield, Dunham,” Fellin says, “but the more I learned, the more impressed I was at how they built the School. I became acquainted with Michigan’s strengths in practice and how the faculty incorporated social science into practice.”

Fellin’s own history takes an unlikely path to Michigan and the School of Social Work. His father was a grocer in Marshfield, Missouri, but, as Fellin says, “he wanted me to go to school, so I followed his advice and went.” After college, Fellin was drafted into the Army and was “fortunate” to get assigned to Fitzsimons Army Medical Center in Denver. “There I first met and observed social workers. As an enlisted man with the rank of corporal, I worked the wards. When I got out, I went and got my MSW at St. Louis because it was close to home.” Fellin had to decide whether to enter the workforce or pursue a PhD. “I saw a poster for the University of Michigan, and my mother helped guide me there because her Italian family had settled in Michigan.”

In 1962 Fellin was the first PhD graduate of the U-M School of Social Work, in the same class as Professor Emerita Rosemary Sarri. After earning his PhD, Fellin returned to St. Louis to teach, but it was not long before Michigan came calling again. Fellin joined the Michigan faculty as associate professor and director of the Office of Field Instruction in 1965. He taught community organizing and social welfare administration and research courses. His writings focused on teaching in four areas: policy analysis and development, diversity in American communities, homelessness and mental illness, and sexual orientation from a community context. Fellin fondly recalls his work with Fedele Fauri and Henry Miller and cites the two as his main influences and collaborators. “Henry and I published together,” Fellin says, and jokes, “he edited.”

On a few occasions Fellin received offers to teach at other schools. He recalls going to tell Dean Fauri about his offers. “Fauri said, ‘No, you should stay here.’ Then he just walked away. He was very serious and it influenced me to stay.” Fauri’s insistence proved prophetic because Fellin later was appointed dean of the School, serving in this position from 1971 to 1981.

As dean, Fellin’s main focus was to empower the faculty both in governing the School and in greater involvement around campus, which led to joint appointments and cross-pollination at the University. Fellin developed a reputation as an authority on curriculum development and social work accreditation, having served as chair of the Commission on Accreditation of the Council on Social Work Education (CSWE) and as consultant to schools of social work throughout the United States and abroad. “My involvement on CSWE was important. The travel kept me linked in to what other schools are doing,” he says. Fellin continued on the faculty as professor until his retirement in 1999.

With the book now complete, Fellin has “nothing in the hopper,” except to spend time with Phyllis, his wife of French ancestory. “She doesn’t think I do enough, so I tease her I’m going to write more. We both know full-well I won’t.” Fellin’s presence at the School is always evident, however. “I enjoy visiting the new faculty. They’ve been very receptive. It’s a joy to see such a fine group of young minds working,” he says, happy to “pass the torch.”

“To all of the faculty,” Fellin says, “and Phyllis, ma femme [my wife], I say, un tres grand merci.” A very big thank you.