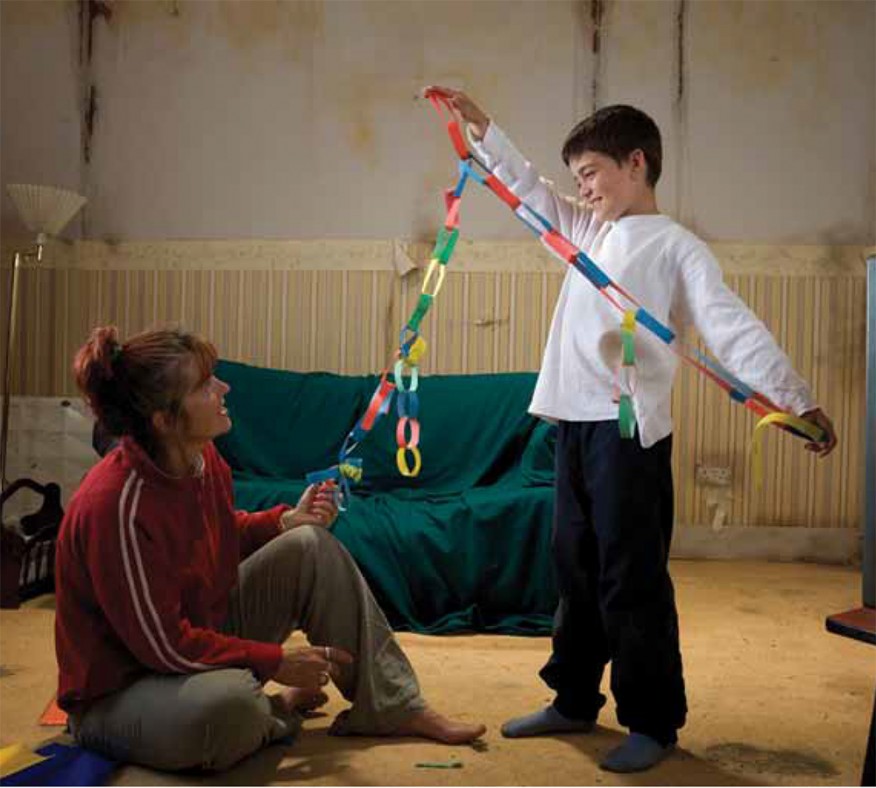 Don't Just Be Good--Be Good For Something

I first heard the phrase “don’t just be good—be good for something” decades ago in a Quaker meeting. An elder in the meeting described a young longdistance runner in training who had been told that he could train by running up and down a staircase with a weight strapped to his back. One day as he ran up and down the staircase with this burden strapped to his back, he thought to himself, “I might be good at this, but am I good for something?” He then remembered a friend who had lost his legs telling him that once in his life, he would like to see the mountains. With this in mind, the young runner strapped his friend to his back and did his running up and down the mountains: “Now I’m good for something.”

This story has been in my mind in considering new directions for this School and for the social work profession as we enter the 21st century. I envision our School building on four related themes:

It is an exciting, demanding, and compelling time to be in social work, particularly in Michigan and particularly with this community of faculty, students, and staff. In the aftermath of an historic presidential election, in this economy—with the severe recession heavily evident here in Michigan—and socially as our world contracts and our profession becomes globalized, social workers are involved with micro-enterprise worldwide; we are engaged in both rural areas and urban centers; we are active in community labor and organizations; we provide services informed by the most recent experimentation and research.

Working in a Transformative Time

As our efforts continue, we in social work are called upon to examine the assumptions on which our current policies and practices are based. Even the metaphors by which we define the problems we deal with may need to be reconsidered. In one presentation, Mark Rank at Washington University looked at the metaphors by which we describe our economy: In some ways we think about our economy as a game of musical chairs, and when the music stops, someone is left out. We then spend a lot of our intellectual and other resources identifying who is left out, why they’re left out, and what we can do so that they won’t be left out again—rather than asking why our economy is a game of musical chairs and what we can do to change that.

Social work provides a critical perspective for the examination of our social services, policies, and institutions and the ideas on which they are based. Terms like “responsibility,” “accountability,” and “eligibility” can control and constrain our human service programs. For example, welfare reform, with its increased pressures on single mothers, has reduced the welfare rolls but left families previously on welfare in poverty and struggling with reduced resources. Working mothers, with wages often below the poverty line, struggle to acquire housing, health insurance—particularly for themselves—and child care. Subsidies for both housing and child care (which can cost as much as one-third of a low-income family’s income) have long waiting lines, often measured in years. Working mothers without employer-assisted medical care often have no option but to do without. In each of these arenas, we as social workers have to re-examine policies that affect these mothers and their families.

Further inquiry could examine how our policies in housing, medical care, education, and employment combine to exacerbate the conditions under which we arrest and incarcerate members of various communities and under which they must live after their release. Are children from families receiving minimal services more likely to be arrested? And when those convicted of crime reenter their communities, what are the implications of their lack of eligibility for student loans, public housing, most federally supported job training programs, other advance training, and many jobs?

Divisions in Our Society

Transformation of our social systems requires attention to the divisions in our society: to race and racism, class and the growing divide between rich and poor, and other divides of language and culture. Social work is positioned to explore the ways in which these deep political and social divisions in our country motivate and constrain us at all levels—from the individual to the larger society. These categories are imbedded in our history, beginning with the de-humanization of Native Americans, as well as the introduction of slavery almost at the time of the first settlement. Today African American children are disproportionately likely to live in poverty as children and to be incarcerated as adults. Native American children continue to face barriers of poverty and low levels of education. The struggle to understand and address the continuing threads of history for these and other groups is a core component of the social work endeavor.

Consideration of a new social contract draws us to examine how our human services reflect our ambivalent attitude towards the poor and how we define who deserves help. Across this country, certainly in the rural areas I have visited on the border as well as in large cities, the complexity of our services, the ways in which we use eligibility criteria to control access to services, and the overall shortages of services in many places lead to increased need and often perverse experiences of destitution.

Social Work in Many Areas of Need

Some support systems not only fail to meet needs but may exacerbate and extend poverty and suffering along the human life course. Interviews I worked on with a random sample of over 100 panhandlers in the Austin area found that about fifteen percent of our panhandlers had been emancipated from the foster care system. About twenty percent came from families that had been homeless in the panhandler’s youth. Over thirty percent had served in the military, with most receiving less than honorable discharges, leaving them without military benefits. Our social contract did not extend to them. Social workers need to work to more immediately meet human needs in a host of interrelated areas, and we are active in these and a host of other areas.

Across our country, impoverished people receive their food differently from others. They stand in line at food kitchens and pantries, wait in line for food stamps, and their children stand in lines for food at schools and recreation centers. Low income working parents struggle with our chaotic and somewhat limited child care system. Subsidized child care, Head Start, and in many areas, pre-kindergarten have eligibility requirements and are limited in supply. Families have to find their way through a maze of choices and applications. In the end, children who aren’t placed on waiting lists or deemed ineligible are placed in care based on what their parents could discover rather than on any particular match of program with their own or their family’s specific needs.

The neighborhoods and the kinds of housing in which people live can be predictive of their health, as well as their access to jobs, services, groceries, and recreation. Where they live can put them in harm’s way. In New Orleans, we saw that the poorest neighborhoods were the lowest neighborhoods. They flooded more deeply and were more likely to be near the levies where the breaks released forceful torrents twisting houses off their foundations. The poorest residents were most likely to have remained in New Orleans, to have been evacuated under emergency conditions, and to have remained the longest in emergency shelters. Months later, as evacuees struggled to stabilize themselves, there was still little left standing in their neighborhoods. In Austin, evacuee families remain housed in the only low-cost housing that was available immediately, often positioned on the outskirts of the city, removed from public transportation, medical help, employers, and often even grocery stores.

Even for those not in acute danger, our current system has complex Medicare and Medicaid rules and regulations and leaves many people struggling to apply. Jobs simultaneously are retrenching in what they offer in terms of insurance. Mental health care, although becoming increasingly more available, remains somewhat stigmatized and compartmentalized and is rarely covered by insurance to the degree that physical health care is covered.

The structure of work is also changing in our country. Employees experience more part-time work, multiple jobs, and greater mismatches between employment schedules and available child care. Work is often insecure. Workers with seasonal jobs, flexible part-time jobs, and service jobs have little security about the number of hours they will work, the wages they will receive, and the continuity of the job itself. These all are difficult problems embedded in the structure of our society, in its public and private functioning. Social work is now situated to illuminate not only the problems and their root causes; social work is also in a position to develop solutions, test them, and implement them for positive change.

Transformation in our society requires work on (1) the values and the metaphors that should guide our thinking, (2) the partnerships with individuals and communities at the intersections of the great social divides in our country, (3) the social contract for all Americans, and (4) the development of best practices and the best delivery mechanisms in the areas of basic human needs.

Our School is already involved in groundbreaking work in these areas and in the kind of strategic thinking that can carry us forward. We will be examining not only the nature of our teaching, research, and service, but also the ways in which we can reach out beyond our School to students who might become social workers in the future, to social workers engaged in these issues in the field, and to the broader local state and national communities that need as much wisdom as we can together generate. I look forward to getting on with the work.

—Laura Lein is dean of the School. This excerpt is taken from her inaugural presentation given in February 2009.