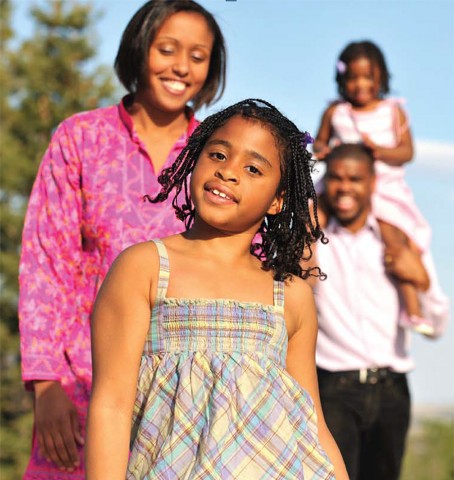 Associate Professor Leslie Hollingsworth of the School of Social Work has recently reported results from a comparison of demographic and attitudinal characteristics of public agency foster care workers and private agency workers under contract with the State, in three Michigan counties.”

Describing her presentation to the Society for Social Work and Research (SSWR) Annual Conference in New Orleans earlier this year, Hollingsworth explains: “It isn’t really new work. It derives from a study I did several years ago that addressed the question of what predicts parents’ follow through with their children’s reunification plan.” The work builds on Professor Hollingsworth’s longstanding interest in cultural, social, and identity considerations in the foster care and adoption of children.

As part of conducting the research, which took place between 2002 and 2004, Hollingsworth’s researchers met with 82 caseworkers from public and private agencies providing foster care services. The study was conducted with state, county, and local agency support, and participation was voluntary.

“What is important about this work,” says Hollingsworth, “is that in an era of increasing privatization of child welfare services, differences among those providing the services have not been systematically examined. While we would expect similarities, the research has not been done.”

The results of Professor Hollingsworth’s recent work indicate differences in experience and compensation between public and private foster care caseworkers in the three Michigan counties. While both the public and private caseworkers were in many ways very similar—for example, in education, days of training, and average caseload—public employees had more years of experience and (commensurately) higher salaries.

Hollingsworth’s study shows a significant association between experience and salary, with salary levels increasing as years of experience increased. This suggests, Hollingsworth believes, that private agencies may hire less experienced caseworkers or have less success in retaining those hired compared with public agencies. Low retention, resulting in high caseworker turnover, was found, in one study, to be associated with children’s longer stays in foster care and a lower likelihood of reunification with their families. Hollingsworth’s study also compared public and private agency workers’ observations of families of children in foster care and their attitudes toward drug- and alcohol-abusing parents and parents with mental illness. Again, the two groups were similar on the vast majority of study questions asked. Exceptions were that public agency workers more frequently agreed with statements suggesting the reflection of social and family problems in child protective services referrals and the perception of a family’s culture in determining good enough parenting. Also, public agency caseworkers more often agreed with statements regarding the potential for parents with mental illness to be good enough parents and the need for treatment for such parents, and less often with statements suggesting a generalized “at risk” identification of drug-abusing parents and parents with mental illness. These differences are being analyzed further within the context of responses to all other items.

“What caseworkers believe,” Hollingsworth says, “along with their attitudes about families and situations encountered in their work, has implications for supervision and training. Do caseworkers’ beliefs and attitudes reflect the agency’s practice philosophy and best practices in child welfare services?” A recent race equity review of Michigan’s child welfare system, conducted by the Washington, D.C.-based Center for the Study of Social Policy, indicated that workers’ beliefs can influence their decision making.

The question of the influence of caseworker beliefs relates to Professor Hollingsworth’s larger study that investigated parental adherence to child welfare treatment plans. Experience in public health shows that participation in developing a treatment plan increases patient adherence, and in one published child welfare study, as many as 97 percent of parents lost custody of their children when they failed to adhere to the treatment plan. In the Hollingsworth study, 61 percent of caseworkers from both groups believed the treatment plan should be developed equally between the worker and the parent and 41 percent felt that parents would desire that as well. However, only 12 percent of parents said that they participated equally even though 40 percent had expected equal participation. Hollingsworth suggests further attention to how caseworkers interpret parent participation.

Reports of Professor Hollingsworth’s studies were made available to Michigan Department of Human Services administrators for consideration in developing supervision and training protocols and in structuring privatization contracts. Results and implications of the caseworker study are also being revised for publication in a national social work journal. Knowledge from both studies will inform national efforts currently underway to expand factors to be included in future child welfare research and practice.