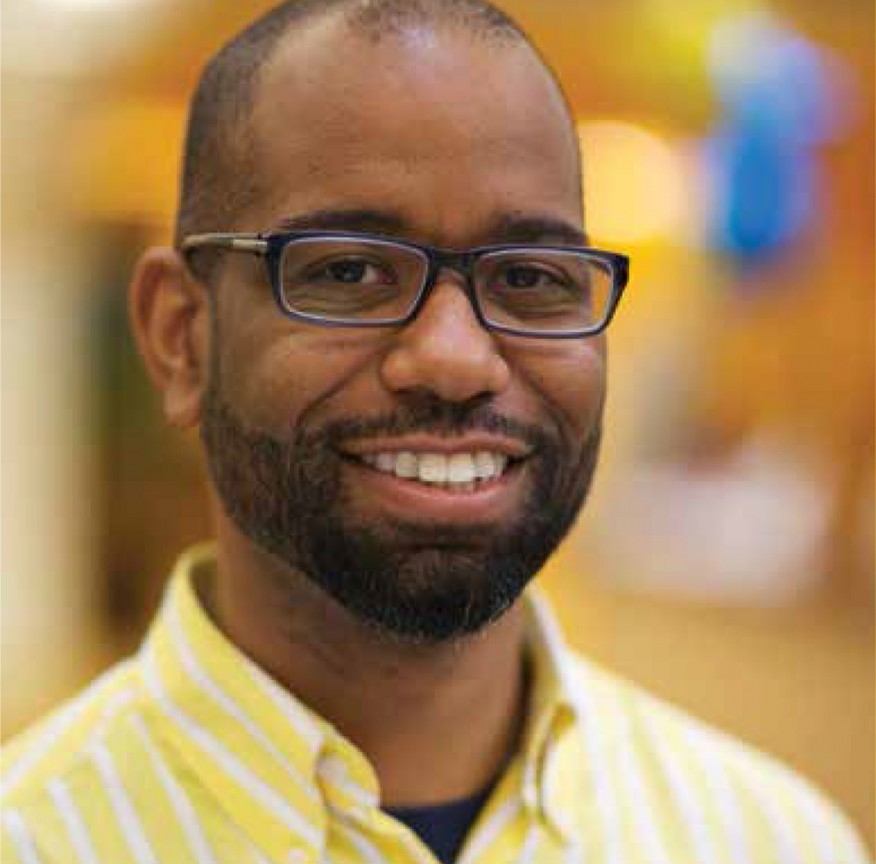 Reuben Miller is an active academic. Even though he is a relative newcomer to U-M SSW faculty, he has wasted no time digging into his field of study where he broadly examines criminal justice and social welfare policy, race and ethnic relations and poverty in the United States and abroad.

Not only is he teaching, publishing and participating in community involvement, but he recently launched a new research project to follow the lives of former prisoners as they attempt to reenter their home communities.

“I want to capture the experiences of the those who transition home from prison. This is important given the recent implementation of the ACA [the Affordable Care Act], where many former prisoners will have access to health and mental health services for the first time,” Miller said.

The research, which is designed to understand reentry over the life course, will examine the interactions of a broad age group ranging from 18 to 70 years old.

There are alternative models for how states can manage reentry. When social workers have a voice in criminal justice issues, and in the courts, and in policy decision making, we’ll likely have better criminal justice outcomes.

Miller is an ethnographer. His work explores former prisoners’ interactions during the process of prisoner reentry. He seeks to unpack the ways in which they navigate the barriers they face and the role their families, friends and the communitybased organizations that serve them play in their transition home.

Based on decades of experience and research, Miller anticipates there will be a variation of outcomes, and hopes to use the experiences of former prisoners in Detroit to inform criminal justice and social welfare policy.

Since the 1980s, incarceration has increased by more than 500 percent. Miller attributes this to public policy decisions and how the United States manages poor populations.

Miller wants to “bring social workers back in” to discussions about criminal justice policy, rehabilitation and sentencing.

“There are alternative models for how states can manage reentry,” Miller said. “When social workers have a voice in criminal justice issues, and in the courts, and in policy decision making, we’ll likely have better criminal justice outcomes.”

The incarceration rate began to decline for the first time in 2009, which Miller attributes to changing crime policies. “Reducing, for example, the cocaine crack disparity makes me optimistic. So do states endeavors to depopulate their prisons, even if they are mostly motivated by fiscal concerns. But we’ve seen an expansion of the carceral state with prison-like conditions in non-punitive institutions such as schools with metal detectors and police officers in hospitals,” Miller said. “We still see the poor, particularly poor members of racial and ethnic minority groups, increasingly criminalized through policy mechanisms.”

According to Miller, social workers were overwhelmingly involved in prisoner rehabilitation inside and outside of prison. They served as probation officers and often ran the day-to-day operations of prisoner aid societies. Social workers understood this to be a central part of their work.

Miller said, “There was even a National Conference on Charities and Corrections, which would later become the National Conference on Social Welfare, an early precursor to our many large social work organizations. This was before the rise of the ‘tough on crime’ era, which called for more punitive crime control policies and the ‘what works’ movement, which challenged the effectiveness of social work interventions in prisons.”

Miller argues that social work was effectively pushed out of discussions of criminal justice policy and practice. “A more punitive logic has guided criminal justice and social welfare policy for the last few decades. Rehabilitation and other forms of state intervention to improve the lives of the criminalized poor have been whittled away.

“My hope is that through my research and the important work of others, we can relay some of the experiences of former prisoners and their families in a way that honors their depth and complexity, informing the design of more humane criminal justice policy and practices going forward.”