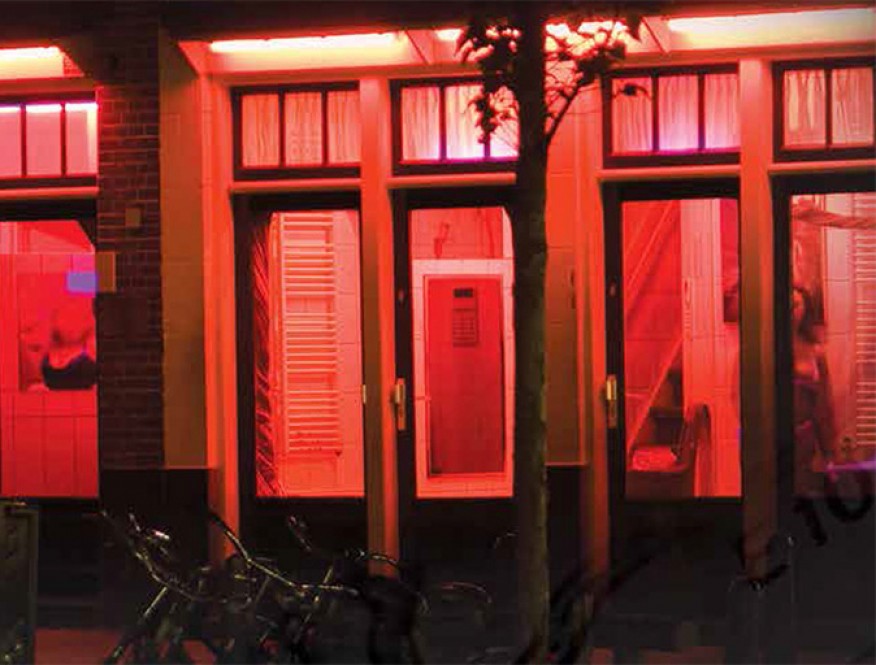 The University of Michigan School of Social Work believes students should not only need to be highly competitive professionals within the United States, but with the age of globalization, be able to either apply global principles on a national level or be prepared to work internationally post-graduation.

Professor of Social Work Larry M. Gant received funding from U-M Global Course Connections and the International Institute’s Experiential Learning Fund for the Winter 2014 and subsequent study abroad component during May 2014. For the first time, faculty led an integrative group of MSW ’s, who received partial scholarships, and undergraduate students on a study abroad program that is funded again in 2015.

“One of our goals is to encourage critical thinking on different approaches and strategies about similar issues that face us nationally and globally, including human trafficking/prostitution, juvenile justice/delinquency, and transforming abandoned spaces into viable community use,” Gant said. “We hope that as students enter new employment opportunities after graduating from post-secondary education, they are highly competitive in shaping new policies, advanced strategies and diverse modes of approaching issues that face entire nations.”

The study abroad program took place in Amsterdam and Berlin where students focused on topics including human trafficking and juvenile justice, which also affect US cities including Detroit.

“Detroit is one of the top ten cities in the United States with the highest prevalence rates in human trafficking,” Gant said. “We are interested to know how other advanced western democracies address the same problems.”

Students and host city partners provided each other with detailed presentations about prevention, intervention and treatment strategies.

“We learned for example that in Amsterdam, despite the legalization of prostitution, Human Trafficking has not significantly decreased,” Christiane Edwards, project coordinator said. “Both, Amsterdam and Berlin partners wanted to learn more about our approaches and strategies in Detroit and Michigan overall.”

Adrienna Perales, MSW ’14, along with other students with the Global Course Connections spent time with the Prostitution Information Center (PIC) in Amsterdam to learn more about the business of being a sex worker. PIC was established in 1994 by Mariska Majoor, who began working as a prostitute at the age of 16. The non-profit organization played an important role in the change of Dutch laws regarding prostitution and the protection of sex workers in Amsterdam.

“The information we gained during our study abroad was directly supported by our U-M SSW Theories of Change course and the focus on harm reduction,” explained Emily Whitley, MSW ’14. “Harm reduction has been used in nursing and drug and alcohol treatment with the approach of what is the safest, healthiest way to do it. People are going to engage in sex work…so it’s important to understand how to make this safe.”

“While juvenile justice and delinquency is not only a Detroit issue, we know that incarceration rates are staggering,” Whitley said. “We wanted to understand better what our partners are doing differently in keeping juvenile justice and delinquency rates lower. While overall immigrant youth is targeted more than white youth in either city, there is huge emphasis placed on prevention, diversion and reintegration programs.”

“I didn’t know too much about sex trafficking, but I have been involved with NAACP and youth incarceration, and after attending this program, I’d like to see more training for youth who are incarcerated…similar to what we saw in Berlin where prisoners receive a certificate for the skilled trade they learn while they’re incarcerated,” ShawGraham said.

Both Amsterdam and Berlin offer interesting approaches to transforming abandoned spaces into viable community use through gardening, graffiti arts and high jacking of abandoned spaces. A few examples exist in Detroit, such as the Brightmoor Community, Heidelberg project or Springwells Village in Southwest Detroit.

“While we certainly can’t transplant every interesting policy approach from our European partners to our own communities or work places here in Detroit, students are now more thoughtful and flexible in shaping and/or implementing creative strategies and policies around these or other areas of social justice concerns,” Gant said.