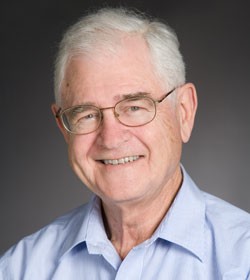 Phillip Fellin joined the Michigan faculty as associate professor and director of the Office of Field Eduation in 1965. Six years later he was appointed dean of the school, serving in this position from 1971 to 1981. After his deanship, Fellin continued on the faculty as professor of social work until his retirement in 1999, when he was named professor emeritus and dean emeritus.

Professor Fellin's special interests within the profession are rural and urban communities, social program evaluation, and mental health policies and services, mental health and the elderly, and school social work. Fellin currently serves as a review panelist for the Administration for Children and Families, U.S. Department of Health and Human Services. His major interests include community organization; societal structures and processes; and mental health policy, programs, and services. He has authored widely used texts on these topics.

He is an authority on curriculum development and social work accreditation, having served as chair of the Commission on Accreditation of the Council on Social Work Education, and as consultant to schools of social work throughout the United States and abroad.

Professor Fellin's interest in teaching and curriculum development is demonstrated in writings about teaching in four areas: policy analysis and development, diversity in American communities, homelessness and mental illness, and sexual orientation from a community context.

No courses found for Phillip A. Fellin in the Winter 2023 term.