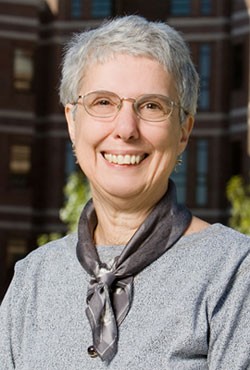 Laura Lein is the former dean of the University of Michigan School of Social Work (2009-2016). Formerly professor of social work and anthropology at the University of Texas at Austin (UT), she was a respected researcher and teacher from 1985 to 2008. She has served as principal investigator on multiple grants on poverty, family and women's issues, and impoverished populations in Texas.

Lein directed the Women's Studies Program at the University of Texas at Austin for two terms, from 1987 to 1991, where she coordinated interdisciplinary curriculum, fund development, and new programs. She was also director of the Wellesley College Center for Research on Women from 1981 to 1985 and director of an interdisciplinary project on work, family interaction, and child development at the Center for the Study of Public Policy in Cambridge, Massachusetts, from 1973 to 1977.

She has served on boards of many organizations, including the United Way of Texas Child Care Working Group and the National Academy of Sciences Research Council Committee on Child Development Research and Public Policy.

Lein graduated from Harvard with a doctorate in social anthropology. Her work has concentrated on the interface between families in poverty and the institutions that serve them. She is author of nine books on welfare, health care, children, and families, including Poor Families in America's Health Care Crisis (Cambridge University Press, 2006), coauthored with Ronald Angel and Jane Henrici.

View all publications by Laura Lein »

Extreme economic inequality has taken hold in the United States. Fostered in part by misguided policies and intentional choices, it can be reversed through purposeful action. However, social policies created for the industrial age face relentless political opposition and are not meeting the social welfare challenges of the information age. A new social contract is required.