The cornerstone of the Winter 2017 commencement was the celebration of SSW alumna, Tonya Allen (MSW-MPH '96), who was honored for her dedication to the children of Detroit and her work for health and social justice in Detroit. Tonya gave the commencement speech at the Social Work Commencement at Hill Auditorium on Saturday, December 17, 2017. The School hosted a brunch for Tonya and her family following the commencement. Special thanks to all faculty and staff and students who made commencement a success.

I am proud to report that the School of Social Work was featured at the Sunday, all-university, Winter 2017 commencement exercises at Crisler Arena. Robert Ortega, as Faculty Senate Chair, had a major role in the Commencement. He lead the Winter Commencement ceremony while carrying the University mace, a symbol of faculty leadership. Robert also handed the medals to Regents during the presentation of the Bicentennial Alumni Awards, and presented the Michigan Law graduates in his role as Faculty Senate Chair. Tonya received the Bicentennial Alumni Award following a video that featured her work and her contributions to the lives of the children of Detroit. MSW graduate, Brittney Williams spoke eloquently about completing her baccalaureate and MSW degrees following the crushing blow of her mother's early-onset Alzheimer's disease. As a non-traditional, returning student, Brittney introduced the commencement speaker -- the only female author to ever win two national book awards, Jesmyn Ward -- as, "the epitome of Black girl magic." President Schlissel described himself as the proud father of an SSW graduate, Madeline Schlissel, who will go on to be a social worker career specializing in foster care services to children. It made me so proud of our students and our alumni to see these three women featured at the all-university commencement. It was a great day for the School of Social Work at the University of Michigan! 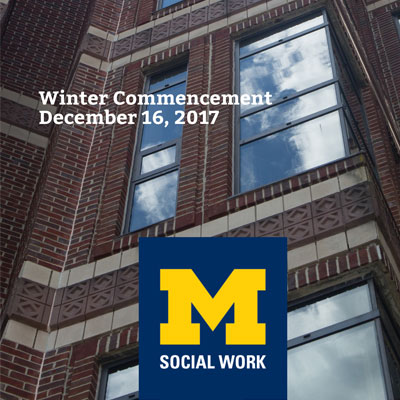 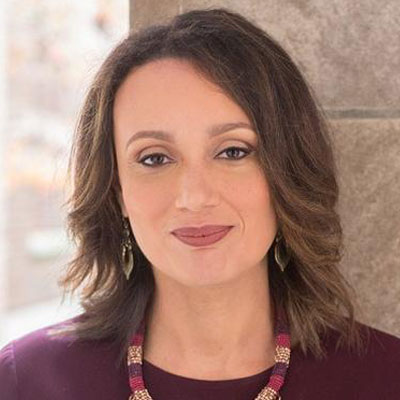 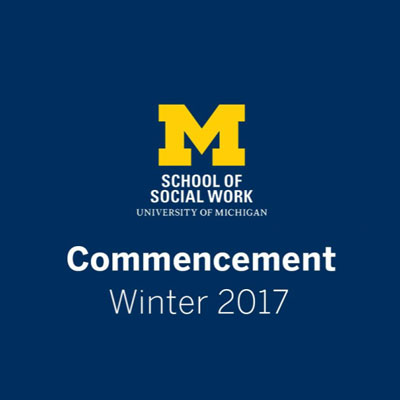 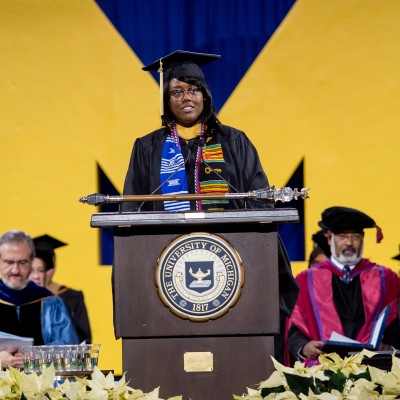