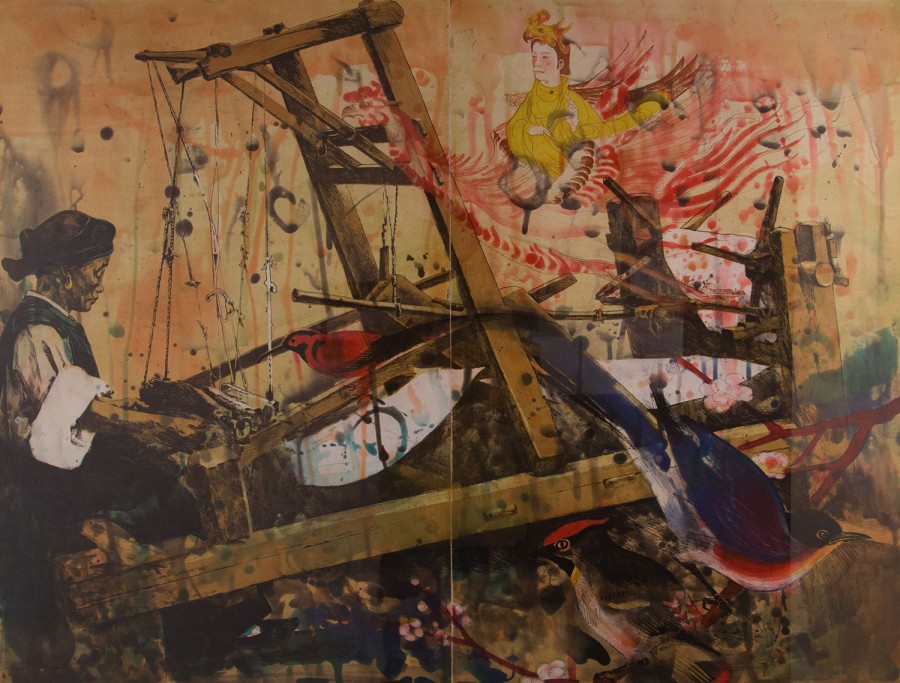 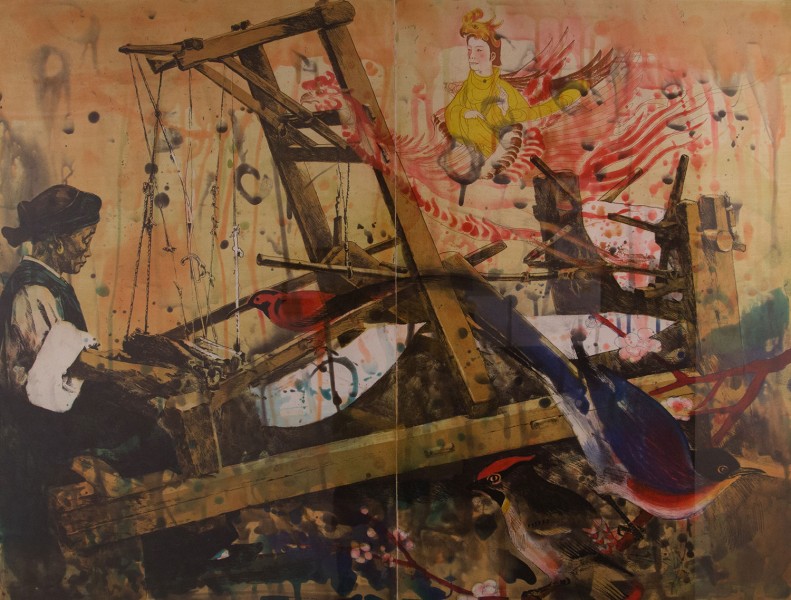 Hung Liu was born in 1948 during the Chinese Civil War, grew up during the Maoist era, and came of age during the Cultural Revolution when she was sent to the countryside to work among villagers. Liu’s art reflects the events of this and other periods in Chinese history from the perspective of a compassionate, feminist, liberal emigre. In her practice, Liu, who came to the United States in 1984, generally selects a historical photograph or other image, and translates it by the labor intensive, contemplative process of painting or printing, as well as layering it with details from other art and expressionistic drips and floating circles.

This print, showing a woman at a loom, is part of her women working series.The photograph which inspired it, shown here, is by the nineteenth century British commercial photographer John Thomson who took well-known photographs of China for arm-chair tourists in Europe and others. Liu was drawn to the woman’s skill, patient labor, and dignity and the fact that she does not return the photographer’s gaze. Over the original image (reversed in the printing process), Liu added birds from Song Dynasty ‘bird and flower’ paintings, a floating goddess in the guise of a phoenix, circles and expressionist drips. This print employs spitbite aquatint which allows Liu to produce a mark resembling the drips she creates with linseed oil in her paintings. Women Working: Loom recalls the style of Socialist Realist painting from Liu’s Maoist period, the birds and goddess show her Chinese heritage, and the drips reference twentieth-century expressionist styles. The overlapping traditions mirror the life-experiences of an immigrant about which she spoke at the global Women’s March on January 21, 2017. In her talk she told a story about her family and ended by stressing that we must carry each other until a new dawn of tolerance occurs.