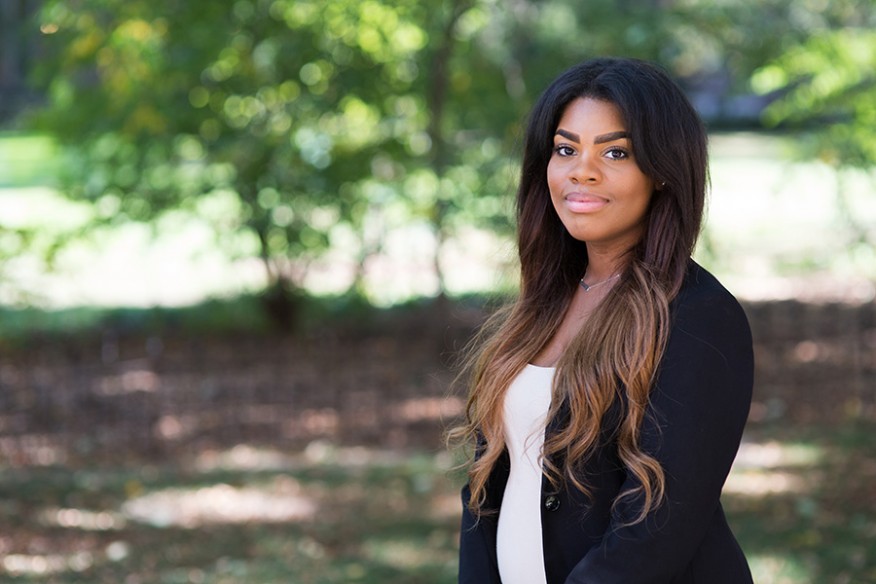 The east side of Detroit is home for Jamie Thompson, a senior with a double major in psychology and gender and health, and an undergraduate minor in Community Action and Social Change (CASC).

Thompson attended the Winans Academy of Performing Arts since kindergarten and developed a love of visual arts throughout her time attending the Detroit charter school.

“At first I was afraid of coming to U-M,” Thompson confided, “because I thought it might be too big and many of my high school friends were going to small schools. Once I began art school at U-M, I realized art school was actually too small for me and felt conflicted about whether I made the right choice. After working with my U-M advisors who gave me some great advice, I transferred to a broader curriculum that included the CASC minor, which was the right move for me.”

Thompson came into the CASC program during her sophomore year, and after attending her first prerequisite class she realized social work was what she wanted to do.

“I was already involved with social justice education and CASC helped put my social justice interests into perspective and clarified how I can do this as a career,” Thompson said. “I realized that I could make a living doing what I love.”

She was already active with social justice issues as a member of the Black Student Union, when Thompson took her interests one step further and cofounded the student organization Students4Justice.

“We started Students4Justice to deal with the racist posters on campus,” Thompson said. “We wanted to give students a voice to talk about their feelings and develop a plan about what should be done.”

She led the Students4Justice to participate in a debate with the student organization Michigan Political Union, about the Black Lives Matter movement.

“That debate was the most interesting thing I’ve done on campus,” Thompson said. “We rallied more than 400 people to attend the debate and engaged the university administrators to meet with students more often about racial issues…we even had dinner with President Schlissel to discuss our concerns.”

As a result of student activism and the Diversity, Equity & Inclusion efforts on campus, all students are now required to take a race and ethnicity class. However, Students4Justice would like that education to go one step further and require administrators, faculty and staff to take a race and ethnicity class too. Thompson’s dedication continues as she works to educate those on campus until her graduation in 2018, but her efforts won’t stop there. She’ll be joining the Teach For America program after graduation to continue positive influence and education among young people.