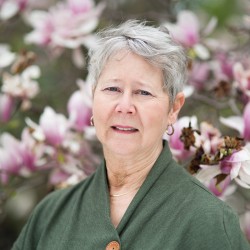 Susan Wiant Crabb joined the Office of Field Education as a field educator/lecturer/field liaison on September 1, 2008. Prior to joining the Field Education Office, Susan worked at a large nonprofit agency. As the president/CEO from 2004 to 2008, she was responsible for the budget and financial management, strategic planning, development, Board relations, and supervision to the leadership team. She also served as a field instructor for U-M and Eastern Michigan University BSW and MSW students for over ten years.

Susan worked with abused and neglected youth in Residential Treatment where she created and implemented programs for the youth specifically oriented to life skill development. In addition, she developed programming that emphasized physical activity and nutrition. She has also worked with older adults in an adult day setting, a transportation program, and in-home care. In all programs she placed emphasis on dignity and respect, and she continued to stress physical activity as a primary source of improvement to quality of life issues. Susan has been an active member of Great Lakes Recreation Leaders Lab and was the general session presenter at the 2007 conference. Her session, "Who's in your Lifeboat?" was a five-day exploration of support systems and communication between generations.