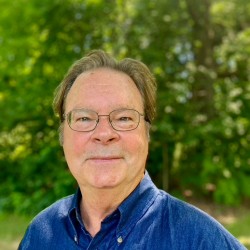 G. Warren Clark received his Bachelor of Arts degree at the University of Michigan in 1973 and began his work in the field of human services. After working for five years in adolescent psychiatry, Clark enrolled at the School of Social Work and upon graduation, worked for 15 years as a medical social worker at the Veterans Medical Center and at Chelsea Community Hospital in Physical Medicine and Rehabilitation. For 10 years, he also co-directed the week-long community re-entry camp for those recovering from traumatic brain injury.

Clark began his career in higher education in 1997 at the School of Social Work when he joined the Office of Field Education (OFE) as a field educator/lecturer/field liaison. From 1997-2015, he also served as a member of the university's Council on Disability Concerns, and as an SSW contact for students with disabilities. Clark retired from full-time work in 2015 and is currently a member of the Application Review Team.

In 2011, Clark, along with an OFE colleague and MSW candidates, began to discuss and develop the idea that sport could be an effective and therapeutic intervention when integrated with social work knowledge and skills. Sport Social Work presentations were developed with a focus on using sport as an effective social work intervention.